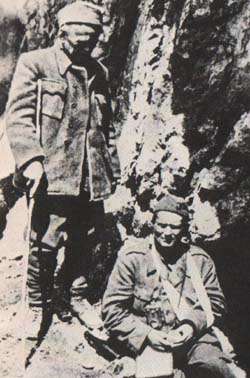 Ivan Ribar lost his entire family during : two sons and , as well as his wife Tonica. Both sons fought for the Partisans against the Italian Fascists. Ivo Lola Ribar, his younger son, was in charge of the (SKOJ) during the war, and was proclaimed posthumously a .