In the territory, NSYSU is prestigious in Oceanography, Engineering, Business and Management programs, and the first one of AACSB accredited (2005) of Taiwan's National university. According to Times Higher Education (2010-2011), NSYSU ranks as the 163st university worldwide, and 21st in Asia (3rd in Taiwan). 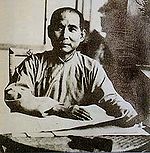 In 1923, two years before his death, the Founding Father of the Republic of China (ROC), Dr. Sun Yat-sen, established two universities, one civil and one military. The civil university was National Kwangtung University (國立廣東大學, renamed National Sun Yat-sen University in 1926), and the military university was Whampoa Military Academy. Both universities generated remarkable contributions and played an important education role in modern Chinese history.

After National Sun Yat-sen University was established in Canton, it had to move south due to the Sino-Japanese War. The university moved first to Yunnan, and later to Yuehpei. Finally, in 1945, the university settled back to its original campus in Canton, and schooling continued.

In 1949, the government of the Republic of China moved to Taiwan. The National Sun Yet-sen University (NSYSU) was meant to be re-established in Taiwan, but the right timing never came along until 1980, when Dr. Lee Huan established the university on its current campus at Hsitzu Bay in Kaohsiung City. Succeeding presidents Dr. Chin-chi Chao, Dr. Chi-Yuan Lin, Dr. Victor W. Liu, and current president Dr. Hung-tung Yang, all carried the tradition of nurturing the university's growth and development.

When it was established, the university had four departments, two graduate institutes, and 189 students. Today, the university has six colleges (Liberal Arts, Sciences, Engineering, Management, Marine Sciences, and Social Sciences) and over 9500 students, offering 18 undergraduate majors, 35 masters programs, and 26 doctorate programs. NSYSU has grown, and is now recognized as one of Taiwan's important research and learning institutions with international distinction.

According to the THES - QS World University Rankings, the National Sun Yat-sen University is within the world's 500 best universities, ranked at 401+(2009). 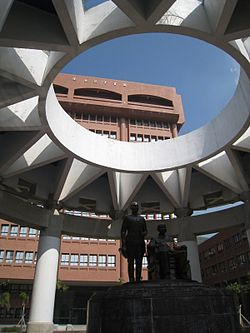 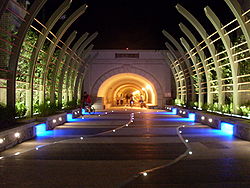 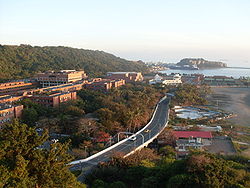 Every year there are about 50 international exchange students that come to study courses, mostly management and business focused, in English and learn about Taiwanese culture as well as the Chinese languages. The university also has a separate language institute where fee-paying students can study Mandarin and Taiwanese. There are also around the same number of out-going exchange students each year to NSYSU's partner universities. NSYSU has an active International Student Association. In 2009-2010 well over 250 international students were members of the association at NSYSU, participating in over 20 student events. ISA has five key points: Student Services, Public Services, Social Events, Sports and Scholarship. The 2010-2011 International Student Executive Board will tentatively be elected in the fall of 2010 at NSYSU. The Office of International Affairs at NSYSU has traditionally monitored the election process.