Dukes in the United Kingdom

Dukes in the United Kingdom 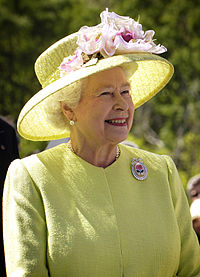 Duke, in the United Kingdom, is the highest-ranking hereditary title in all four peerages of the British Isles. A duke thus outranks all other holders of titles of nobility (Marquess, Earl, Viscount and Baron).

The wife of a duke is known as a duchess, which is also the title of a woman who holds a dukedom in her own right, referred to as a duchess suo jure; her husband, however, does not receive any title. In the order of precedence in the United Kingdom, non-Royal Dukes without state offices or positions generally take precedence before all other nobility, in order of date of creation, but after Royalty and certain Officers of State.

A duke is a nobleman, historically of the highest rank below the king or queen, and originally controlled an area known as a duchy or a dukedom. The title comes from the Latin Dux Bellorum, which had the sense of "military commander" and was employed by both the Germanic peoples and by the Roman authors writing about them to refer to their war leaders.

In the Middle Ages the title first rose to prominence among the Germanic monarchies. Dukes were the rulers of the provinces of the Holy Roman Empire and the superiors of the counts in the cities. Later, in the feudal monarchies, they were the highest-ranking peers of the king. There were, however, variants of these meanings and there were even sovereign princes employing ducal titles.

In the Modern Age, the title of duke has become in almost all cases a nominal rank, without possession an actual principality. It is still the highest titular rank in the peerages of France, Portugal, Spain, the United Kingdom, and Italy. The Duchies of Lancaster and Cornwall, which are held by the Sovereign and the eldest son of the Sovereign respectively, are the only remaining territorial Duchies in the United Kingdom.

A woman who holds in her own right the title to a dukedom, or is the wife of a duke, is normally styled duchess. However, Elizabeth II is known as Duke of Normandy in the Channel Islands and Duke of Lancaster in Lancashire.

A Royal Duke is a duke who is a member of the British Royal Family, entitled to the style of "His Royal Highness". The current Royal Dukedoms are, in order of precedence:

With the exceptions of the dukedoms of Cornwall and Rothesay (which can only be held by the eldest son of the Sovereign), royal dukedoms are hereditary, according to the terms of the Letters Patent that created them, which usually contain the standard remainder to the "heirs male of his body". The British monarch also holds and is entitled to the revenues of the Duchy of Lancaster, and within the borders of the County Palatine of Lancashire is by tradition saluted as "The Duke of Lancaster". Even when the monarch is a Queen regnant, she does not use the title of Duchess.

A British or Irish Duke is entitled to a coronet (a silver-gilt circlet, chased as jewelled but not actually gemmed) bearing eight conventional strawberry leaves on the rim of the circlet. The physical coronet is worn only at coronations. Any peer can bear his coronet of rank on his coat of arms above the shield.