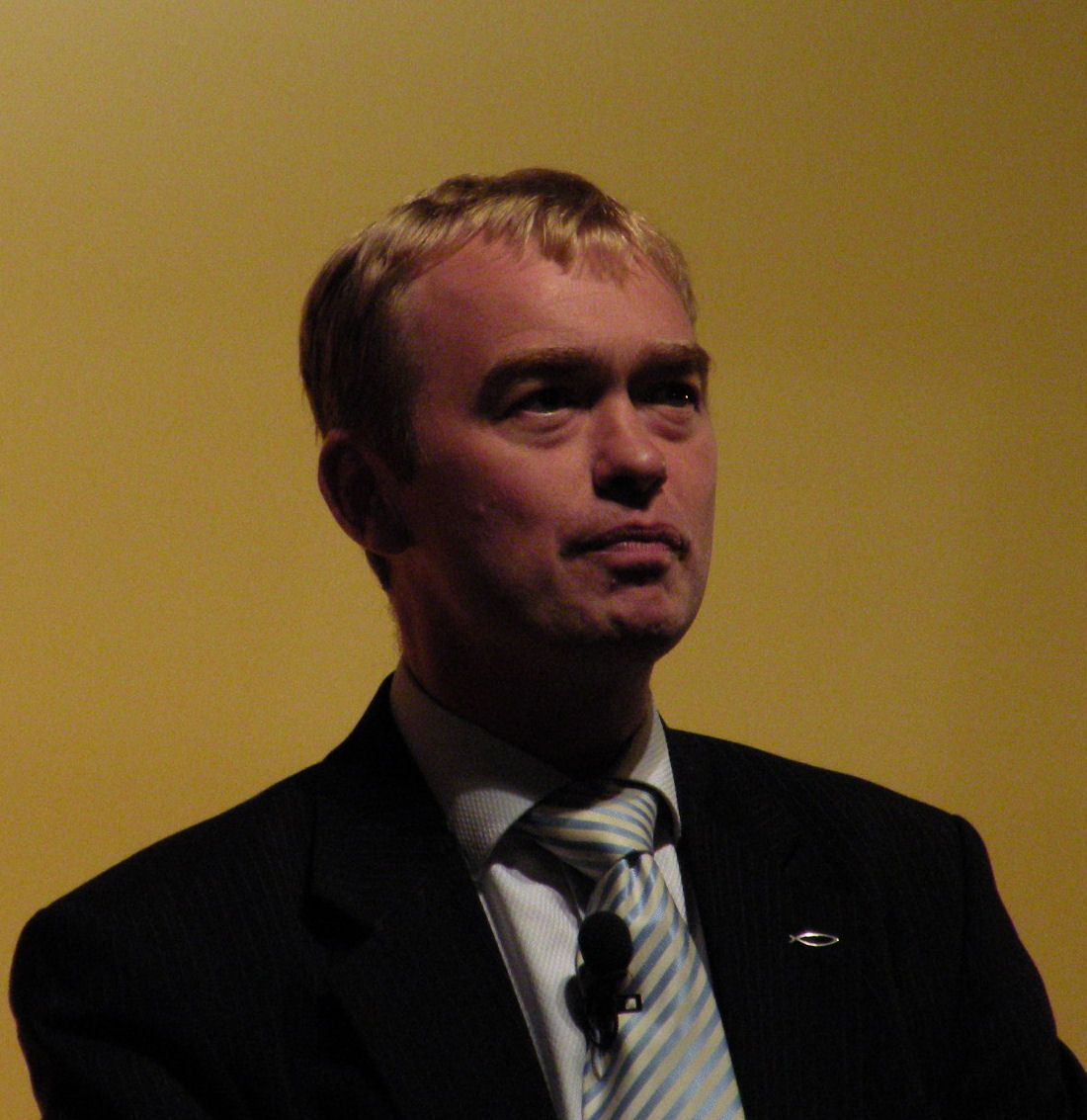 Timothy James Farron (born ) is a British who is the Liberal Democrat member of parliament for Westmorland and Lonsdale.

He was born in , and was educated at School and in Leyland. He continued his studies at the University of Newcastle upon Tyne, and gained a degree in in 1992. He was elected president of the in 1991, becoming its first Liberal Democrat president.

Prior to his election to Parliament he worked in higher education at both and , .

He was also a Councilor for the ward until the 2008 local elections.

He lives in , within the constituency he represents, with his wife Rosie and their two sons and two daughters, the youngest son being born since his election to parliament.

He contested the Durham North West constituency at the 1992 General Election. He finished in third place some 20,006 votes behind the sitting Labour MP . He served as a councillor on the Lancashire County Council (1993-2000) and was also a councillor on South Ribble Borough Council (1995-1999). He was selected to contest the Labour/Conservative marginal constituency of South Ribble at the 1997 General Election, and again finished in third place.

At the 2001 General Election he contested the Westmorland and Lonsdale seat and finished second, reducing the majority of the sitting Conservative MP Tim Collins to 3,167. Farron was elected as a councillor to the District Council in 2004, and at the 2005 General Election he again fought Collins at Westmorland and Lonsdale. He won this election by just 267 votes. He made his on [ [http://www.publications.parliament.uk/pa/cm200506/cmhansrd/cm050525/debtext/50525-19.htm#50525-19_spnew1 House of Commons Debates for 25th May 2005] - ""] .

He has been a member of the Education and Skills Select Committee since his election, and later in 2005 was appointed as Youth Affairs Spokesperson for the Liberal Democrats. He is the Chair of the All Party group on Hill Farming.

He was during 's term as leader Campbell's . In 2007 he was given the responsibility as Liberal Democrat spokesman for Home Affairs. He is a member of the within the Liberal Democrats. [ [http://www.beveridgegroup.org.uk/about-us/about-us.html About us] - "The Beveridge Group" ] Farron resigned from the of the Liberal Democrats on in protest at the parties abstenation from a parliamentary vote on the EU referendum. [ [http://www.thewestmorlandgazette.co.uk/search/2096143.MP_Tim_Farron_resigns_from_Lib_Dem_frontbench/ MP Tim Farron resigns from Lib Dem frontbench] - "The Westmorland Gazette" ]