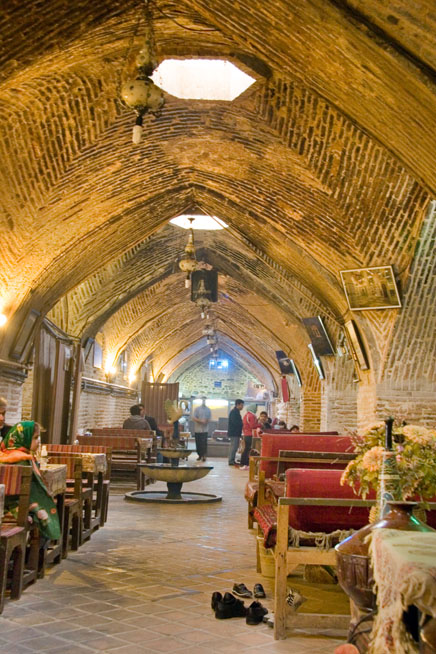 Zanjan is famous for its seedless grapes. The province lies 330 km northwest of Tehran, connected to it via a freeway.

Zanjan is known for its beautiful handcrafts such as knives, traditional sandals called charoogh and malileh. Malileh is a handcraft made with silver wires. Zanjani artists make many things like various decorative dishes and their special covers as well as silver jewelry. In ancient times, Zanjan was known for its stainless and sharp knives. But this tradition is gradually becoming extinct by introduction of Chinese knives to the market which are far cheaper, more abundant and of course less artistic. Many villagers today are traditional carpet weavers. This is perhaps Zanjan's most popular handcraft.