Cypriot–British relations are foreign relations between Cyprus and the United Kingdom. The two countries share membership of the European Union and Commonwealth of Nations. Cyprus gained its independence from the United Kingdom in 1961, after 83 years of British control. At the moment, there are 400,000 Greek Cypriots living in the UK and are at least 50,000 British who resident in Cyprus, with most having their property in Paphos district. 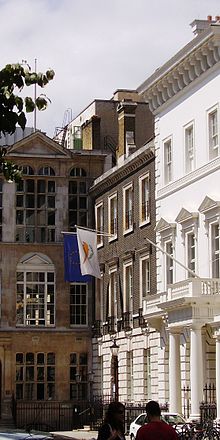 High Commission of Cyprus in London

The continuing British sovereignty of the Akrotiri and Dhekelia areas - labelled Sovereign Base Areas - has continued to divide Cypriots. The base areas are not under the jurisdiction of the Cypriot government. Several Cypriot villages remain enclaved in the areas, and there have been numerous arrests of anti-British demonstrators over the past few years. These activists assert that the UK should not continue to hold territory in another EU state.