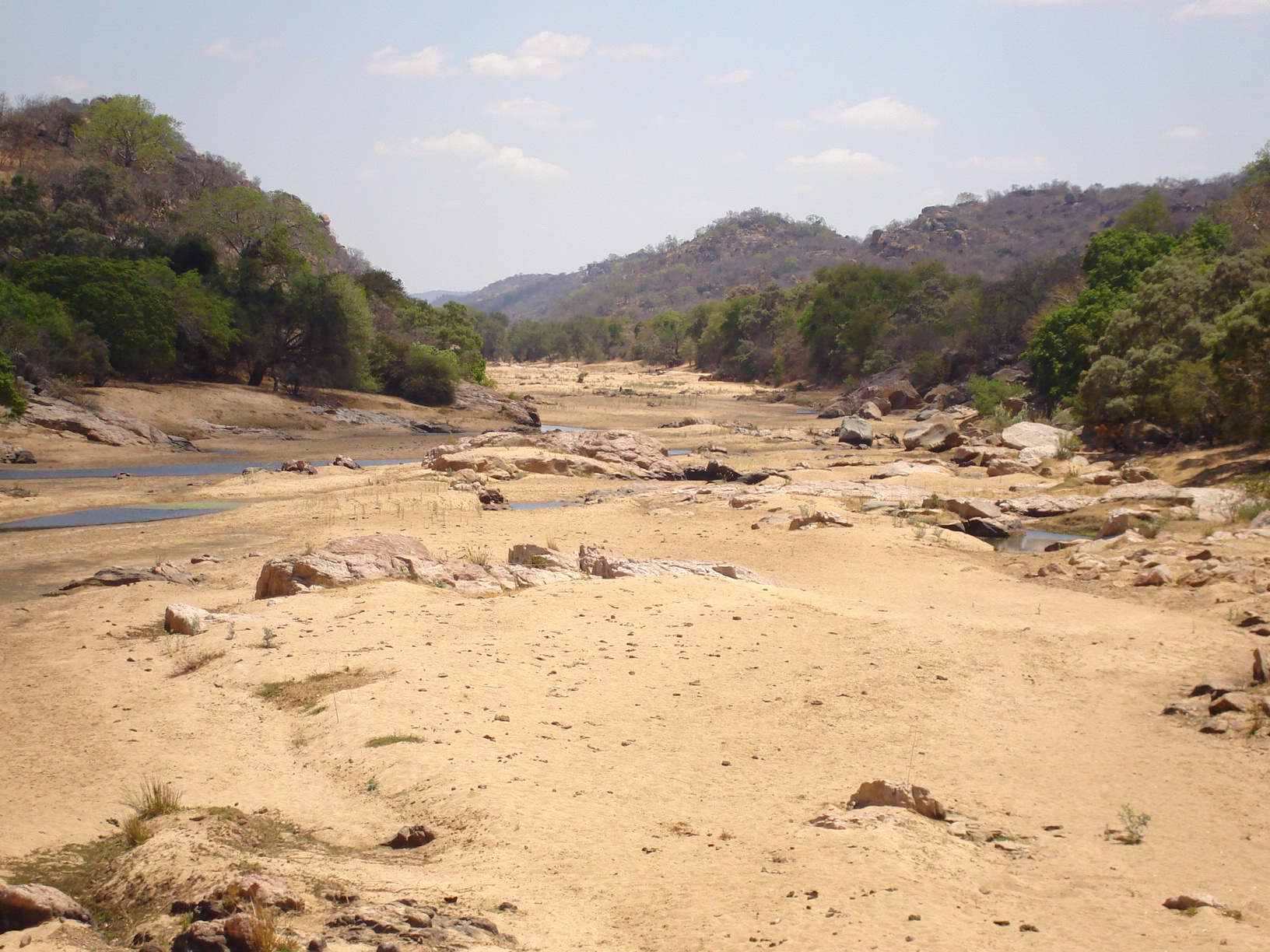 It rises near Matombo Mission, , and flows into the near village.

Cities, Towns and Settlements along the River

The Thuli River passes through no major settlements, only the following buiness centres:

There are five main bridges over the Mzingwane River:

* Bridge on Old Gwanda Road, between Matombo Mission and Blanket Mine.
* Bridge on - road, below .
* Elliot Bridge, upstream of Guyu.
* Bridge on Manama - road .
* Mankonkoni Bridge on Tuli - road . This bridge was destroyed by .

There are also a number of fords and crossing points, including:

* Ntalale causeway, which was badly damaged by .
* Causeway below Thuli gorge

In addition to a number of small , there is one major dam on the Thuli River:

* , west of . It is located near the confluence with the and supplies water for irrigation.

* Thuli-Moswa, where no development has taken place.

* Thuli-Manyange, upstream of Elliot Brdige, where construction was breifly started in 2007 but is now halted.