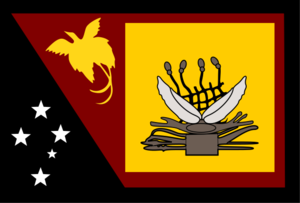 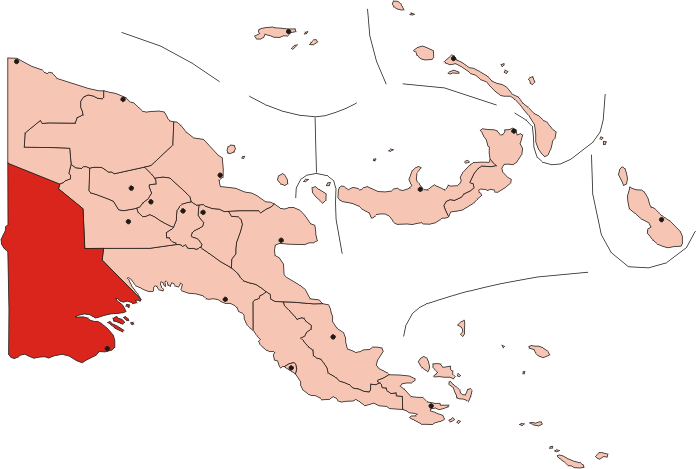 Western Province is a al in southwestern , bordering the n province of Papua. The provincial is , on the island of Daru. The largest town in the province is Tabubil.

Western Province covers 99,300 km² and is the largest province in Papua New Guinea by area. There are 153,304 inhabitants ( census). There are several large rivers that run through the province including the and its tributaries including the Strickland and Ok Tedi rivers, the largest lake in Papua New Guinea Lake Murray is also in Western Province. The provincial government has purported to change the name of the province to the Fly River Province but this remains unofficial as names of provinces are set out in the Constitution of Papua New Guinea and changes must be made according to the constitutional amending process.

In the province is the only part of Papua New Guinea which possesses land west of the 141°E line that divides it from Indonesian . This is a small section of territory bordered by the .

The major economic activity in the province is constituted by the , initially established by BHP and the subject of considerable litigation by traditional landowners both in respect of environmental degradation and disputes over royalties.

The Western provincial government has, like the governments of North Solomons, Chimbu and Northern Provinces, attempted to change the name of the province. The government uses the term Fly River Provincial Government. However, not having been accomplished by way of constitutional amendment, the change is unofficial.

Economy of the Western Province

* The minesite that provides the main economic drive behind the province, operated by (OTML).
*

Major Settlements of the Western Province