All Night Long (All Night)

All Night Long (All Night) 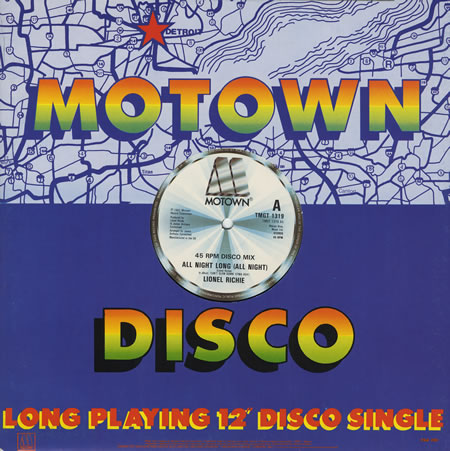 "All Night Long (All Night)" was a hit single for . Taken from his second solo album "Can't Slow Down", it combined Richie's soulful style with Caribbean influences and contains an old Jamaican chant. This new, more dance approach proved popular, as the single reached #1 on the and #2 on the (for 3 weeks). According to an episode of "" in which Richie guest-starred, the song's theme is about a party that lasts all night long.

The song was listed at #76 on "Billboard's Greatest Songs of all time." [http://www.billboard.com/bbcom/specials/hot100/charts/top100-titles-80.shtml]

Notable performances and other uses

The song was featured in the pilot of "Miami Vice" as Ricardo Tubbs () walks across the dance floor to the boss that killed his brother. In 2006, this song was used in a commercial promoting . In 2007, a cover of this song was used in a commercial for the Conrad Jupiters Hotel and Casino; it was also broadcast over IndyFM TV between races at the 2007 . The Cheetah Girls song "Fuego" sampled parts from this song.