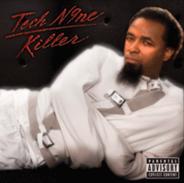 This album was the first album Tech N9ne recorded as a double disc release, containing 32 tracks. ( contained two discs, however the second disc was marketed as a bonus disc and not a part of the album itself.)

It features production by producers that have previously collaborated with Tech like Michael "Seven" Summers and David Sanders II, as well as new collaborations such as with Tramaine "YoungFyre" Winfrey, Jonah "Matic Lee" Appleby and Adam "Wyshmaster" Cherrington.