The Virgin appearing to St. Bernard

The Virgin appearing to St. Bernard 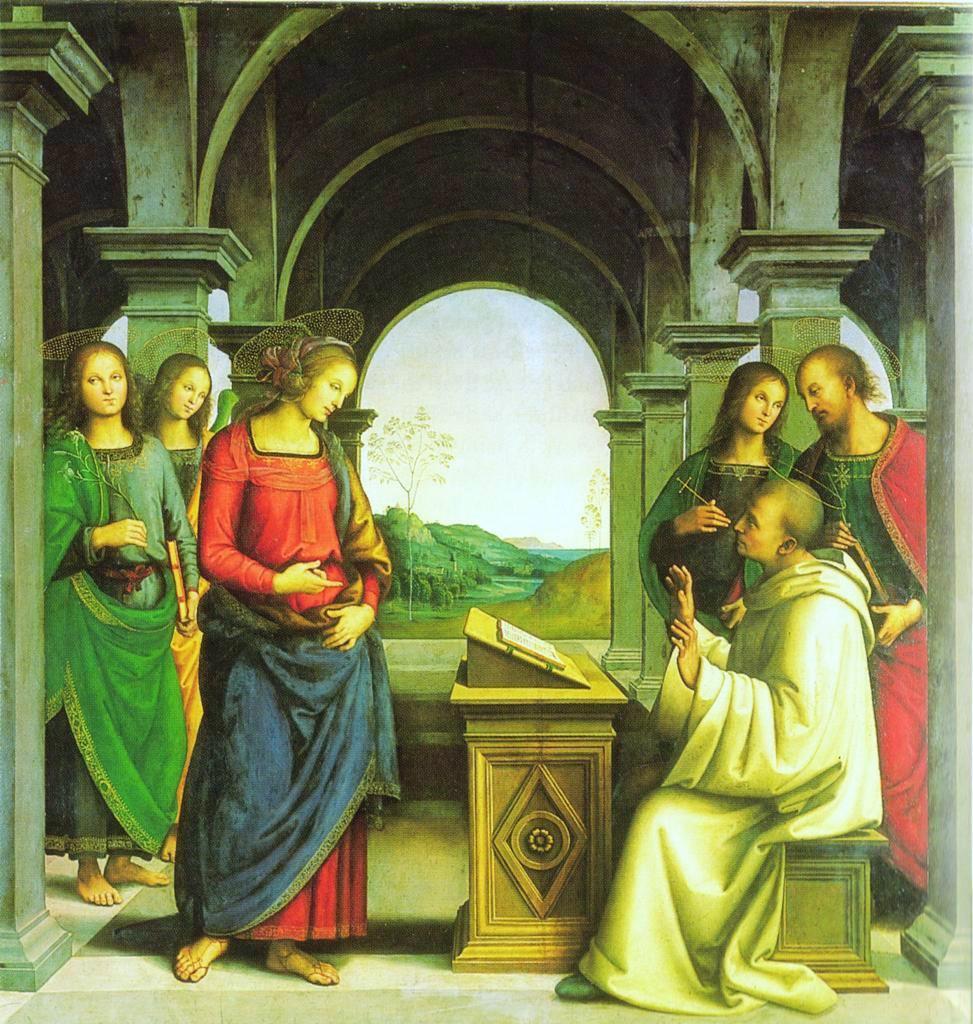 "The Virgin appearing to St. Bernard" is a painting by the Italian artist , the most outstanding painter of the that was based in . The panel was executed as an for the church of in .

The painting shows , deep in his studies, being interrupted by a fully corporeal vision of the Virgin Mary, who appears to him in the clear light of day. Four s surround them. There is a seemingly effortless, perfect symmetry about the composition, yet there is nothing static or artificial about it in any way.

As a highly successful painter, Perugino had a large staff of apprentices. Perugino, whose nickname characterizes him as from , the chief city of , had a background from both the Umbrian and Florentine schools of painting; while the Umbrian influence can be seen in the landscape in the background, his Florentine schooling is expressed in the classicising architectural structures seen in perspective in the manner of : "In Perugino's hands the austere early classicism of Piero had become a style of détente, seeking easier naturalness and harmony in quiet, which too often verged on inertia," Sidney Freedberg remarked. [Freedberg, "Painting in Italy 1500-1600", 3rd edition, (Penguin Books) 1993:50.]

Perugino's greatest claim to fame is perhaps that he had as his apprentice the master . Yet Raphael—still only eleven years old at the completion of the painting —probably took no part in "St. Bernard", in fact it is unclear whether he had even started his apprenticeship with Perugino at the time. [Gould, p. 207.]