Its roots are in farmland but recent housing projects are slowly changing the landscape into a suburb of Gatineau. Gatineau's Limbour neighbourhood has reached the town's southern limits with the Les Escarpements de Limbour housing development.

Cantley's main artery is Route 307 also known as Montée de la Source (formally known as la rue Principale) which is the extension of in Gatineau. Major collector roads include Chemin du Mont-Cascades, Chemin Ste-Élisabeth, Montée des Érables and Montée St-Amour. Most of the roads in the town connect to Route 307 and most of them are dead-ends. There are very few that connect to secondary roads.

The (STO) bus route 5 provides weekday rush hour service between Cantley and Ottawa via the Hull sector of Gatineau.

One of the roads (Chemin du Mont-Cascades) gives access to the Ski Resort, Waterpark and the Mont Cascades Golf Club. The waterpark is the largest in the while the Ski Resort offers 25 ski trails. Cantley is also home to Nakkertok, the largest cross country ski club in the National Capital Region. Residents have access to a second ski resort, Edelweiss Valley, which is located alongside Route 366 in Wakefield (La Pêche), just beyond Cantley's northern town limits.

The town of Cantley was founded in the 1830s by , a subordinate of Colonel during the period that included the birth of the city of (now ). During this time, Colonel Cantley went north and set foot in land several kilometres from Bytown where he remained until his death. In the 1850s, the area started to develop with the construction of its post office in honour of Cantley and a mass arrival of Irish descendents. Education started to play a role in the same period when a Roman Catholic chapel and school were built as a result of the increasing number of residents in the area. Another school was built on a farmer's land in 1858.

In 1925, a new hydroelectric was constructed along the , making it the biggest economic and industrial project of the town's history. This is now known today as the Rapides-Farmers Hydroelectric Station (Centrale Rapides-Farmers). However, the station is now within the city of Gatineau limits.

The resort opened during the 1960s and 1970's and represents a major part of the town's recreational and touristic assets.

Previously, Cantley was a rural village part of Touraine, then Hull-Est until the merger that created the original city of Gatineau in . As this move proved highly unpopular with Cantley's rural residents, they worked feverishly to petition the provincial government to recreate an independent municipality. This effort was successful in 1989, when Cantley became, once again, an independent rural community.

According to oral history passed down through many generations (Algonquin to Irish settlers and French fur traders of the Gatineau River, then to this day French locals), there exists a large beach hidden in Cantley. Although no physical data seems to support the existence of any significantly sized beach in the municipality, some suggest it was flooded by the creation of hydroelectric dams.

From 2005 to 2007 controversy arose concerning a dump located in the northern end of the town. Nearby residents complained about toxic pollutants generated by the dump that caused effects on their health. Many residents and mayor Steve Harris firmly requested the closure of the dump. In late 2005, a fire broke out underneath the material for several weeks and caused an evacuation from the nearby residents The fire was initially thought to be caused by combustible fuel, but according to the owners of the dump, a criminal hand may have been involved.

Several lawsuits were planned by residents against the owner and on , , the town went to court against the dump for a compensation of over $55,000 for the fire and cover costs for the evacuation process and salary [Bouchard, Régis, Cantley poursuit les propriétaires du dépotoir (Translation : Cantley sues dump yard owners), LeDroit, July 11, 2006, page 4] Tensions rose once more when the owner, Gilles Proulx, launched a $750,000 lawsuit against a local couple. Proulx claimed that the couple had made comments against his reputation. [Bouchard, Régis, Le dépotoir de Cantley poursuit deux voisins en diffamation (Cantley dump yard sues two neighbors for slandering), LeDroit, August 26, 2006, page 2)] .

On , , the Minister ordered its closure but as the owners challenged the decision to court, it was re-opened occasionally. The site is currently not in operation as the case is still under study by a provincial court, but the Tribunal administratif du Québec supported in October 2007 the Minister's decision. [ Thériault, Charles, Claude Béchard met fin à la saga du dépotoir de Cantley (Claude Bechard ends the Cantley dump saga), LeDroit, September 22, 2006, page 3.

Due to its closure, it created a significant waste problem across the region as only one landfill site remains in operation in Val-des-Monts. Many businesses are forced to traveled longer for waste disposals while costs skyrocketed. In some occasions, various materials were dumped in many fields and lands. 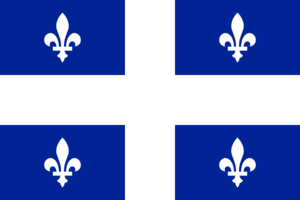