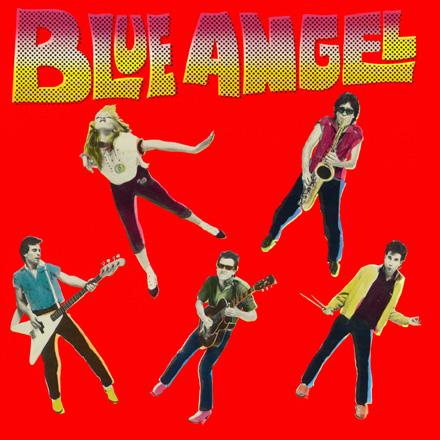 "Blue Angel" is an album released in 1980 by the band of the same name. They were fronted by a pre-fame and sang a combination of and cover songs. The band was fairly short-lived and the album was not a major success until after Lauper's solo career exploded. It has been released on five separate occasions:

A variety of demonstration tracks have leaked to the internet that did not appear on the album. Titles include "Don't Know," "Magazine Cover," "What a Thrill" and "Witness". Many tracks where later re-recorded by Lauper including "What a Thrill," "Witness", "Maybe He'll Know" and "I'm Gonna be Strong".