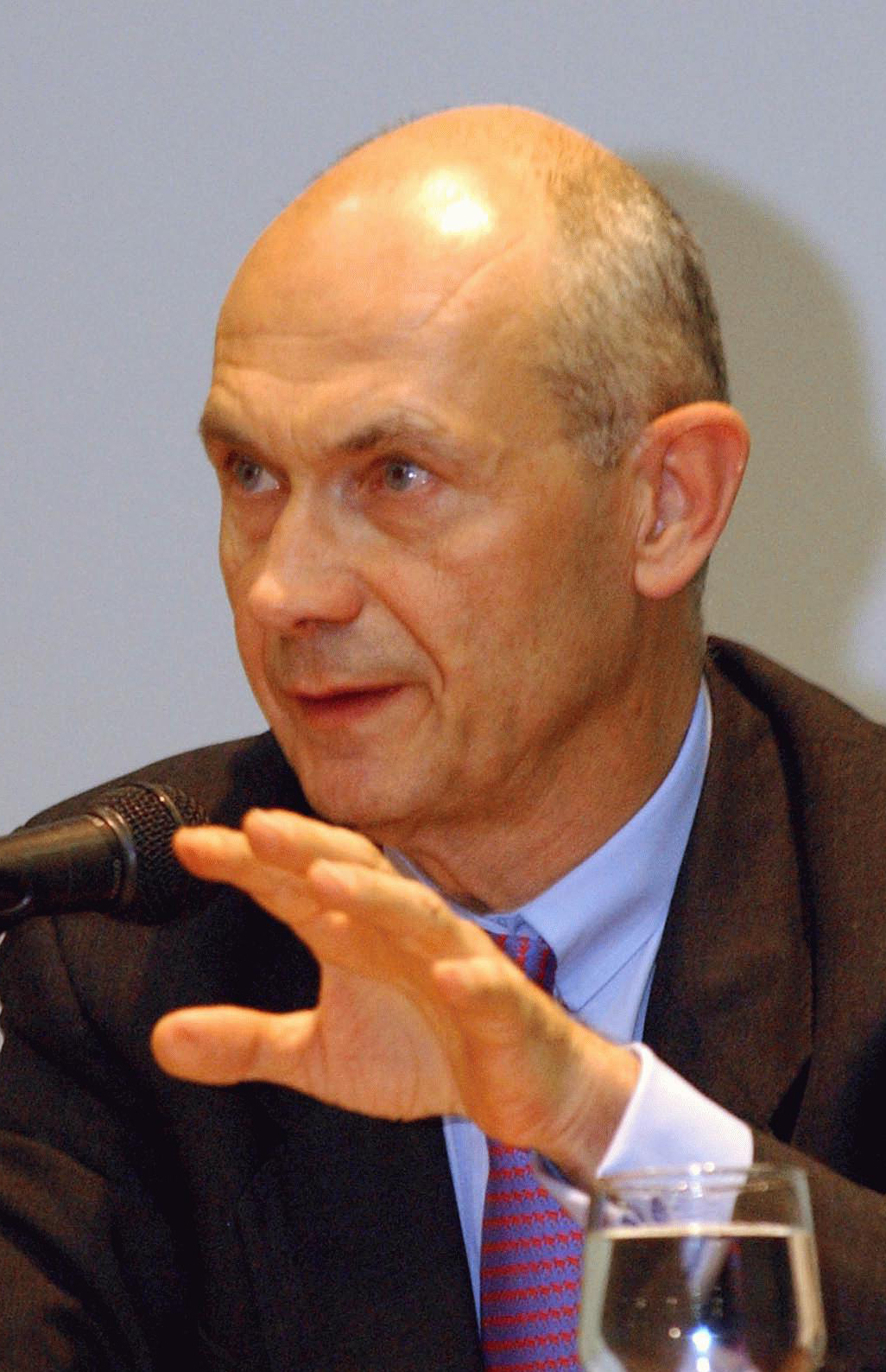 Pascal Lamy (born ) is the Director-General of the , a French political advisor, a , and a former . Lamy is Honorary President of Paris-based think tank .

Born in , a suburb of , he attended the HEC business school, the "Institut d'Etudes Politiques de Paris (Sciences Po)", and then the college, the ENA, graduating second in his year of those specialising in economics.

Lamy then joined the civil service, and in this role he ended up serving as an adviser to as Economics and Finance Minister and as Prime Minister.

Member of the French Socialist Party since 1969.

When Delors became in 1984, he took Lamy with him to serve as chef de cabinet, which he did until the end of Delors' term in 1994. During his time there, Lamy became known as the "Beast of the Berlaymont", the "" and "" due to his habit of ordering civil servants, even Directors-General (head of departments) "precisely what to do - or else." He was seen as ruling Delor's office with a "rod of iron", with no-one able to bypass or manipulate him and those who tried being "banished to one of the less pleasant European postings".

Lamy then briefly moved into business in the form of , where he reached the level of second in command, helping to restructure and privatise the bank. In 1999 he returned to the Commission. The new European Commission President appointed him , as which he served until the end of term for the Commission in 2004. During his term he has received praise for his leadership and ability to control the powerful civil servants in his department. [ [http://www.dw-world.de/dw/article/0,2144,2790009,00.html Former EU Mandarin Spills the Beans on Commission Intrigue] ]

On , Pascal Lamy was chosen as the next Director-General of the , and took office on for a four-year term.

On Globalisation and International Finance

Friday, 30 May 2008 BBC News posted an interview with Pascal Lamy on the BBC NEWS website, in which he speaks about globalisation. Lamy states "the speed of globalisation impacts on social and economic fabrics in unprecedented ways" and describes free trade as "welfare efficiency creating". According to Lamy, "the necessary adjustments of domestic policies in terms of training, education and innovation" aid people in gaining wealth as well as mitigating the losses of globalisation. He describes the safety net in the US as "less than average", while noting that the consequences that arise from losing one's job are "much bigger in systems where you have no net".

When asked about the recent developments in world financial markets, he noted that international finance is less regulated than the international goods trade. He admits that he is among those who believe that "a little more prudent regulation could have helped". He draws attention to a "dis-census" as to whether international finance ought to be more highly regulated, explaining that in the WTO "we all agree" that a "relatively solid level of regulation" is needed in order to ensure fair trade. [http://news.bbc.co.uk/2/hi/business/7425027.stm]

Lamy is married with three sons. His hobbies are running and cycling. [ [http://ec.europa.eu/archives/commission_1999_2004/lamy/cv_en.htm Commissioner Pascal Lamy] , ] While working under President Delors, he was seen jogging in Brussels despite his meagre diet. With such exercising being viewed as a form of self-abuse by other civil servants, this only added to his harsh reputation in the Commission.