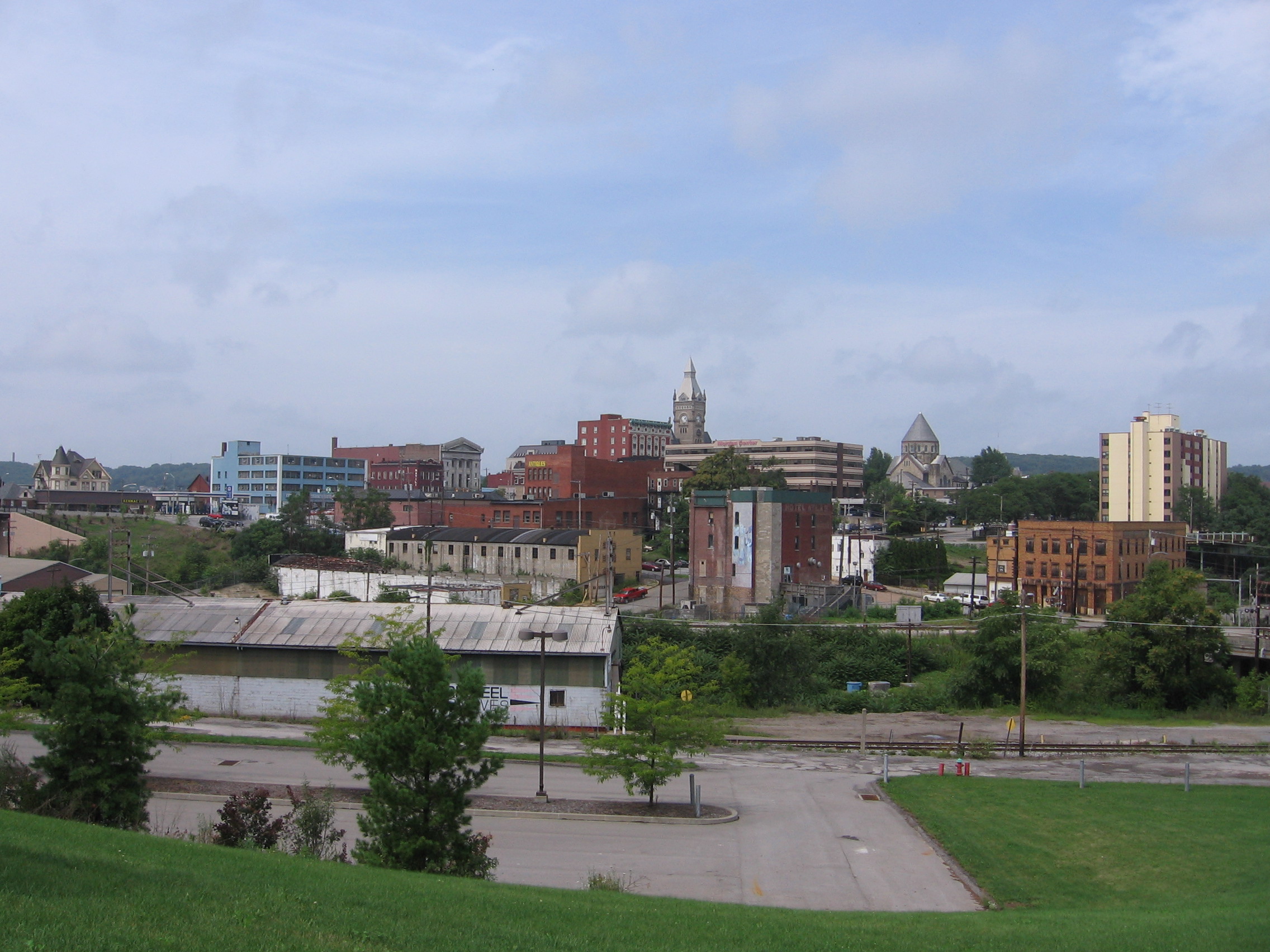 imagesize =
image_caption = View of Butler from the Southside neighborhood 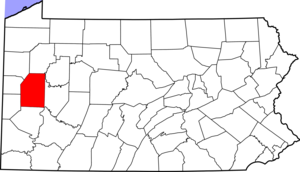 mapsize1 = 150px
map_caption1 = Location in the state of
pushpin_

The city was named for Maj. Gen. Richard Butler, who fell at the , also known as St. Clair's Defeat, in western in 1791. The first settlers were of Irish or Scottish descent and were driving westward from . In 1802 the German immigrants began arriving, with Detmar Basse settling in Jackson Township in 1802 and founding Zelienople the following year. After arrived in 1805 and founded Harmony, larger numbers of settlers followed. settled Saxonburg in 1832, by which time all counties were filled with German settlers.

*The modern was invented in Butler, by the Car Company, an early producer of small fuel-efficient vehicles. Big military contracts eventually went to Willys and Ford, and the Bantam factory failed during .
*Cult classic was filmed in Butler County, in . Butler is referenced in the movie when the city's name appears on a television set.
*In the 1950s, Butler became one of the first cities to install bells at crosswalks, a common practice today.
*For those interested in the , Butler is also home to a famous Haunted Cemetery known as .
*The first all steel rail car was manufactured at the plant in Butler.
*The , which was ranked the second most polluted waterway in the United States in 2000, flows through the city.

*, the legendary financier, gourmand and gemophile, got his start in 1902 when he established the Standard Steel Car Company, which merged with the in 1934 to create , a monopoly that was eventually broken by the government. The site is now occupied by a .

*, the host of "The Children's Corner" on WQED in Pittsburgh, was one of the first employees of the station, which was the first community-sponsored public TV station. was a puppeteer and musician on her show for seven years before creating . Ms. Carey was born and raised in Butler.

*Former US Senator spent his formative years in Butler.

*World record setting swimmer and Armco CEO was born and raised in Butler.

*Wrestler was born and raised in Butler.

*Jazz trombonist and arranger Jim Pugh was born and raised in Butler.

*Tony award winning actress was born and raised in Butler.

*, the lead singer of Poison, was born in Butler and raised in nearby .

*, an All-American quarterback from Notre Dame who won the National Championship in 1966 and went on to play for the Pittsburgh Steelers during the 1970s as a back-up, was born in Butler, PA in 1948.

*, a trio of professional football players during the 60's and 70's, were born and raised in Butler - Bill played linebacker for the Colts, Steelers, Saints and Lions; Richard played for the Los Angeles Rams; and Ronald played for the Washington Redskins.

*, linebacker and All American was born in Butler.

*, actress who played Agent 99 on the television series was born in Butler. Fact|date=April 2008

*Home and birthplace of heavyweight boxer .

*Hometown of Judge , formerly of the

*Bataan Death March Survivor Sgt. Abie Abraham was born in Lyndora (which is a CDP of Butler Township). He now resides in .

*Butler County Courthouse is a government and judicial building located in the heart of the city. The structure is listed on the .
*The [http://www.maridon.org/] , located in downtown Butler, is the only museum in the Western Pennsylvania region with a specific focus on Chinese and Japanese art and culture.
* was used for minor league baseball for twenty years until the farm team left in 1951. The ballpark saw many famous faces during its professional baseball days, including , , and who played for a farm team of the .
* was the home of United States Senator . It is currently maintained as a museum, and is the headquarters of the Butler County Historical Society. The house is on the .

Though Butler is a small city, it does have a vast array of art and culture. Live performances such as musicals and plays are done at the historic which has been running productions since 1941. Plus, the along Main Street is currently undergoing a renovation that will help attract people to Butler. Butler is also home to the which performs at Butler High School's auditorium. There are also many art groups located in the city. They include the Associated Artists of Butler County and the Butler Arts Council.

Ethnic Festival held in September yearly made of car shows, ethnic foods, and many representative items from various cultures.

There are two s located outside the city. is used for general aviation, and can accommodate large aircraft such as corporate jets. is used by pilots with smaller, private aircraft in the Butler area.

Butler is serviced by the [http://www.thebusbutlerpa.com/ The Bus] which is run by the Butler Transit Authority.

There are currently two railroads that have service in Butler. Both railways are freight haulers. The 's (formerly the ) main line passes through the city, while the provides regional service in the area. The B&P has a large locomotive shop located just outside the city limits.

There are five major highways that run through, or near the city that provide links to other areas throughout . The south terminus of PA 38 terminates just north of the city at . skirts the city to the north on the Butler Bypass.PA 68, and PA 356 go straight through downtown where they intersect with PA 8. PA 8 is Butler's Main Street when passing through the city.

*-AM
*-AM
*
* [http://www.butlereagle.com "The Butler Eagle", Butler County's only daily newspaper]