The Danfoss Group is a global producer of components and solutions for refrigeration & air conditioning, heating & water, and motion controls. Danfoss has net sales of €2,600 million (US$3,400 million) and employs approximately 22,000 people worldwide with headquarters in Nordborg, Denmark.

Danfoss was founded in 1933 by Mads Clausen, and is today almost entirely owned by The Bitten and Mads Clausen Foundation. In 2002 Danfoss joined the United Nations Global Compact, consisting of nine principles with social and environmental responsibility.

Danfoss's production is approximately 250,000 items daily in more than 50 factories located in 20 countries, and its sales network consists of more than 110 sales companies and 100 agents and distributors. 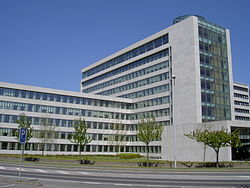 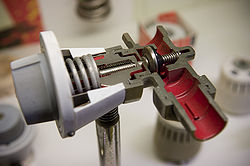