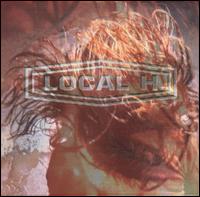 "Here Comes the Zoo" is an album by the band . It was released on , on . This was their first album not released on . Starting with this album, every release so far has been on a different label.

The album was originally released with a lenticular cover, with two images of Scott Lucas and . Later printings were not lenticular, and only included the image of Scott on the cover.

* "Would You Have Me Do?" isn't really as long as the track time would suggest. The song itself could be seen as only lasting approximately 5:30, then segues into a ten minute coda that incorporates elements from most of the previous nine songs. The final ten minutes of the track consists mainly of faint, carnival-like sounds before ending with the same sustained chord that ended the coda. At around 24:11, the xylophone in the background plays the melody from by .
* 'Hands On The Bible' was used in the film
* 'Hands On The Bible' also features a reference to two songs, and . In the song, "attic" and "cellar" are switched, forming the lines "Rats in the attic / Toys in the cellar"