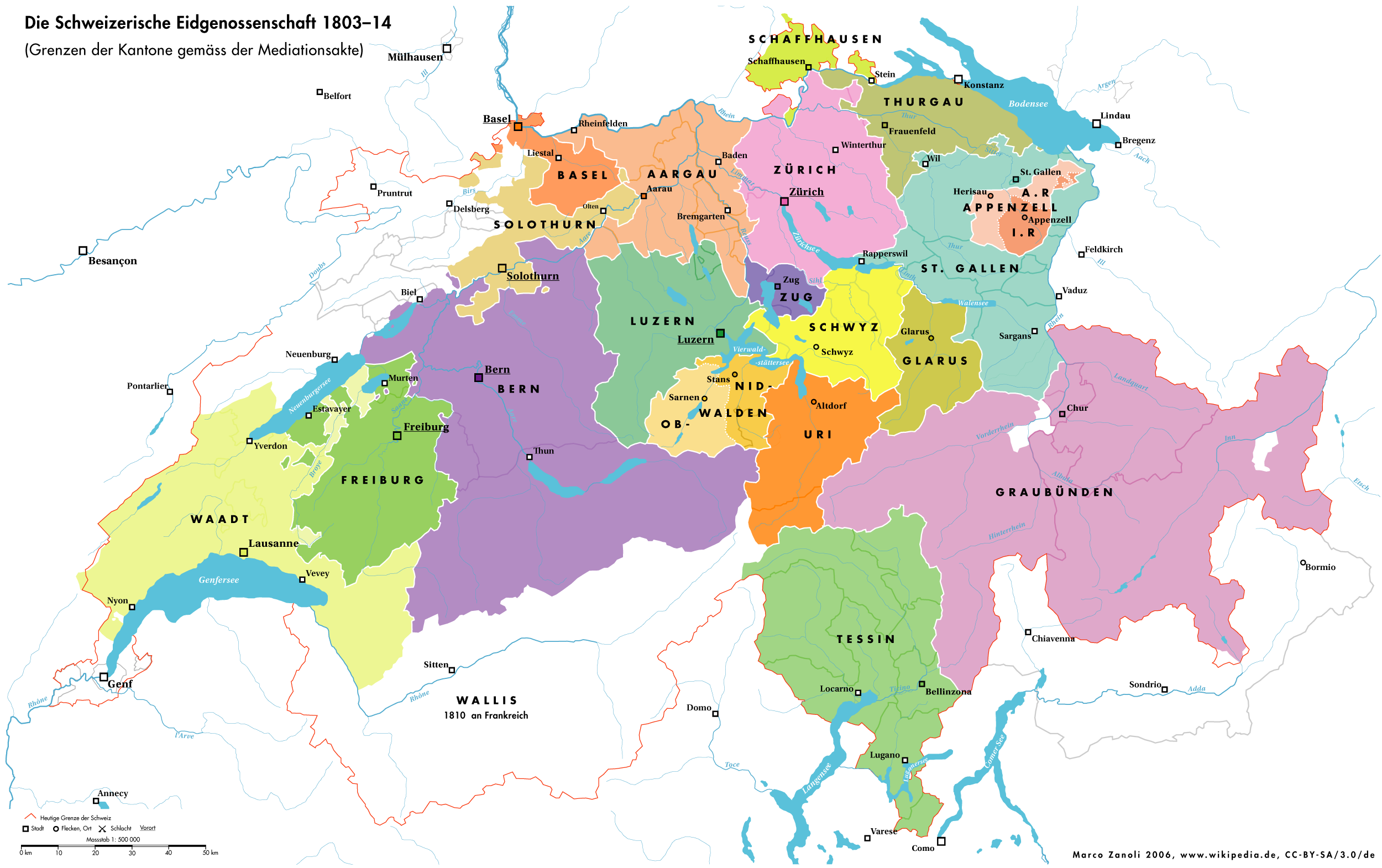 The Swiss Confederation was established as a result of the issued by on , in the aftermath of the "". The period of Swiss history from 1803 to 1815 is itself known as Mediation.

The act abolished the previous , which had existed since the invasion of Switzerland by French troops in . After the withdrawal of French troops in July , the Republic collapsed (""). The Act of Mediation was Napoleon's attempt at a compromise between the "" and a Republic. This intermediary stage of Swiss history lasted until the Restoration of .

In 1803 Napoleon's Act of Mediation partially restored the sovereignty of the cantons, and the former tributary and allied territories of , , , St. Gallen, and became cantons with equal rights.