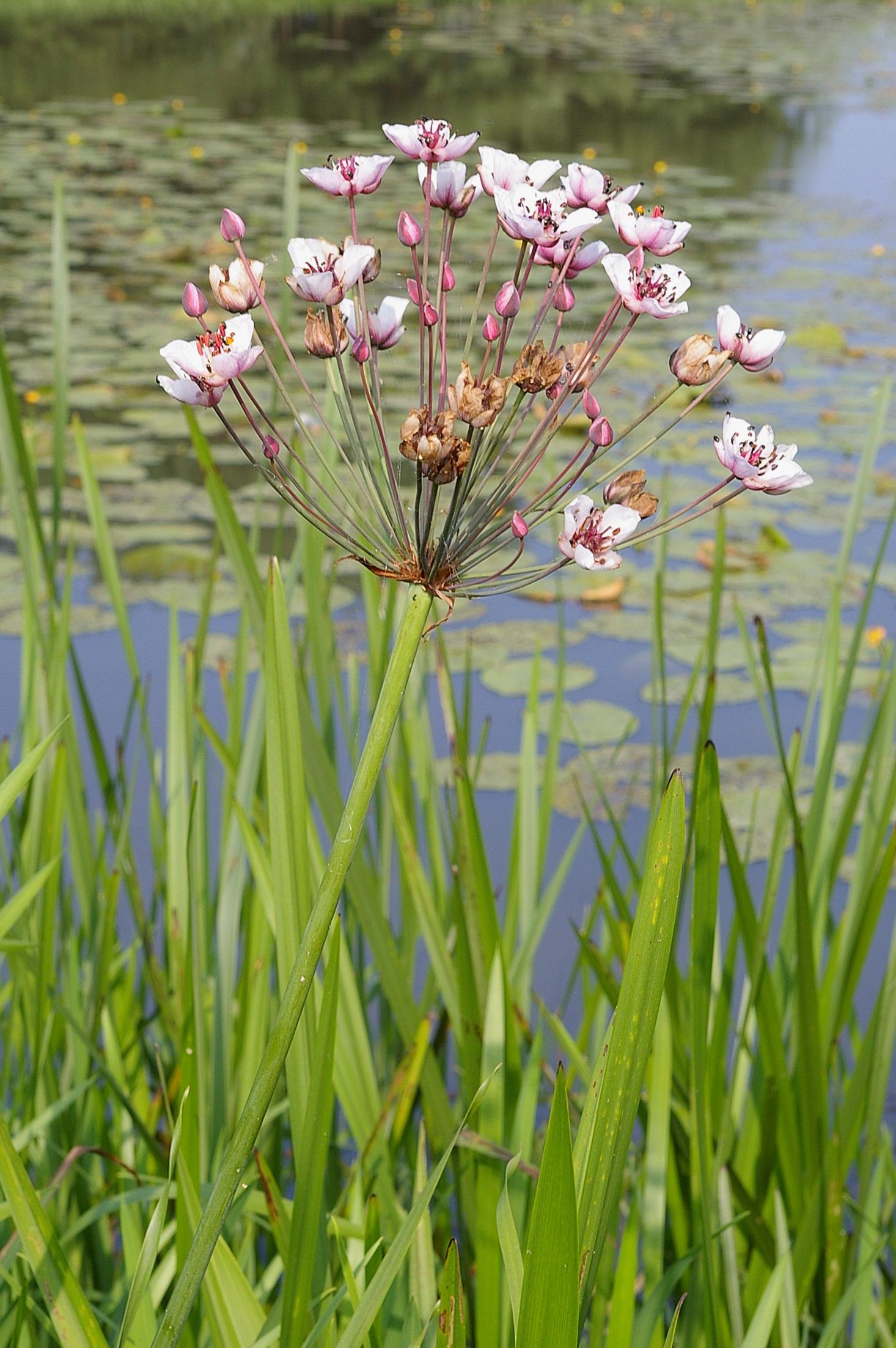 The plant is a rhizomatous perennial . Its name is derived from Greek "bous", meaning "cow", "ox" etc and "tome", a cut (the verb 'temnein' meaning "to cut"), which refers to the plant's swordlike leaves.

Other than suggested by its English common name, it is not a true rush. It is native to and grows on the margins of still and slowly moving water down to a depth of about 3 m. It has pink s. Introduced into as an it has now become a serious invasive weed in the area. In , one of its native countries, it is an due to the dwindling of its habitat.

The plant has linear up to 1 metre long, or more. The leaves are triangular in cross-section and arise in two rows along the rhizome.

The is umbel-like consisting of a single terminal surrounded by three cymes. The are regular and . There are three petal-like which are pink with darker veins. They persist in the . The three are like the sepals but somewhat larger. 6 - 9 . superior, 6 - 9 and slightly united at the base. When ripe they are obovoid and crowned with a persistent style. Ovules are numerous and found scattered over the inner surface of the wall, except on the midrib and edges. is a follicle. The have no endosperm and a straight embryo.

Butomaceae has been recognized by most taxonomists as a plant family; it is sometimes called the "flowering-rush family".

At the ranks of family and order this is the same placement as in the . However, Cronquist assumed a much smaller order and assigned the order to subclass , in class [=monocotyledons] .

Frequently cultivated as an attractive ornamental plant. In parts of Russia the rhizomes are used as food.