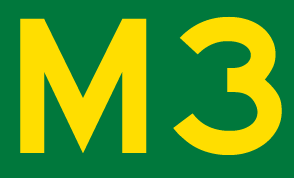 The Pacific Motorway is a 110 km long in between , , and the -Queensland border at Tweed Heads. The motorway starts at Coronation Drive at Milton in Brisbane, and from 2008 links the Tweed Heads bypass in New South Wales. The Brisbane city section of the motorway is also often referred to by its former name, the Riverside Expressway. The first section opened in Brisbane in 1973 was originally known as the South East Freeway. The South East Freeway was known originally as the F3, however this has since been replaced in 1994.The motorway features eight traffic lanes with a 110 km/h between the M6 and Smith Street Motorway and generally six or four lanes at 100 km/h on other sections. The motorway passes through the major region of the Gold Coast, the destination for most of the vehicular traffic from Brisbane. More than AU$2 billion has been spent on the motorway since 1990 to 1998, including widening the road and improving safety.

In March the Government released planning for substantial changes to the section between Springwood and Daisy Hill. The changes are mainly to the entrances and exits in the section, most of which cause substantial traffic problems on surrounding streets and traffic backups onto the Motorway. The planned upgrade has led some people to protest, mainly by those whose homes will be resumed for the project. The Government hopes to commence development in early but it is reliant on the Federal Government funding half the cost. Planning for the Daisy Hill to Loganholme section will begin August 2007, with the draft plans released for public consultation in April [http://www.mainroads.qld.gov.au/MRWEB/Prod/Content.nsf/b495dab138a6b17a4a256a42001c8f4f/47ff8071e295f2864a2571ab000578a4?OpenDocument] .

There are also plans to progressively widen the four lane section from Nerang to Tugun to six lanes. REF (review of environmental factors) and planning works is currently being undertaken, however, it is expected that sometime in 2010 any major widening works will commence. [http://www.mainroads.qld.gov.au/MRWEB/Prod/Content.nsf/b495dab138a6b17a4a256a42001c8f4f/47ff8071e295f2864a2571ab000578a4?OpenDocument] .

The was completed in 2008 and has four lanes (two in each direction in 2008 and provision for six lane widening in the future) In , widening will take place within the plans of provision from four lanes to six lanes [http://www.rta.nsw.gov.au/constructionmaintenance/majorconstructionprojectsregional/pacifichighwayupgrade/programdetails/lowertweed_plan.html "RTA and Tweed Council traffic master plan"] .

Travellers along the Motorway will pass close by many Gold Coast attractions such as , , and , which are among the most popular s in Australia.

The Pacific Motorway when it was upgraded in the May 2002 was the first motorway in Queensland to have service centres integrated. Two centres, referred to as travel centres (although signed as Service Centres on the motorway signage) exist, on at Stapylton servicing southbound traffic, and Coomera servicing northbound. The travel centres include and as well as a couple of other fast food restaurants, picnic areas and a shop. Solar panels on the roofs of the centres provide power to the facilities.

Exits are numbered depending on distance to CBD.