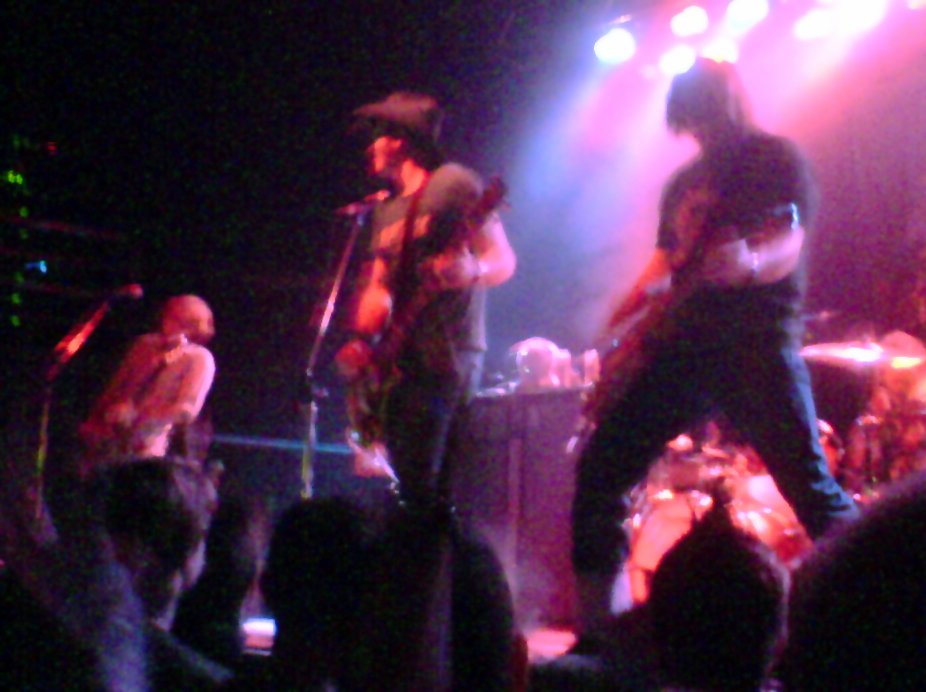 The Supersuckers are an American rock band. They are the self-proclaimed "Greatest Rock 'n' Roll Band in the World." Following the relative success of their 1997 foray into with the release of "", they have also been known to play country shows under various names, including, of course, The Supersuckers.

As of April 2005, the members are on bass and lead vocals along with and on guitars. Drummer and original member recently parted ways with the band while guitarist Dan "Thunder" Bolton is back after taking a long needed break from the road. from Agent Orange was handling drums until March 2006. On , The Supersuckers announced the addition of Scott Churilla as their new fulltime drummer.

The Supersuckers formed in 1988 as The Black Supersuckers in Tucson, AZ. The original line-up was on bass, and on guitars, on drums, and Eric Martin as the lead singer. In 1989, they moved to Seattle, WA. Here, Eric Martin left the band. The song "Marie" was allegedly dedicated to Martin's mother after his death. The remaining members decided to continue as a four piece with taking over the vocalist role. They recorded numerous singles for various small labels before being signed to . A sampling of these are collected on the 1992 release "". Their first album with , "", was released in 1992.

In 1995, guitarist temporarily left the band. He was replaced by of the band the for the recording of their third album, "", and the subsequent tour. He returned for the recording of their fourth album, "", which, as their first country album, was a major turning point for the band. Their fifth and final album with Sub-Pop was their greatest hits release, 1999's "". That same year they released their fifth studio album, "".

In 2001, the band formed their own record label, Recordings. In addition to numerous singles and several live recordings, the band released their sixth studio album, "" on this label. As of May 2005, their most recent release is the singles collection "".

On tour, the Supersuckers always close their show with a "fake encore," where the band and the audience go through a 15 second pretend exit and stage entrance.

The Supersuckers have recorded with many artists including: , , of , and of . They have appeared on "" with backing . They have toured with numerous bands such as Mudhoney, , , , , , , , the , , , , and White Zombie. name check Eddie Spaghetti in their song "Lemuria Rising."

The band has been involved in several charitable causes over their career, notably playing a few
shows. But the cause they seem to tout above all others, apart from themselves,is that of the . They have held a number of auctions and concertsto benefit the three's legal defense fund, in addition to being involved in a benefit albumentitled "", of which was one of the producers.

The band also played at the '96 Music Festival in Vladivostok, Russia. According to a CBS News report, Russian fans enjoyed their hard-driving style and cowboy hats, while the festival supported and a local children's fund. According to lore, the heavy police presence and temporary stage barriers inspired their song "Barricade."