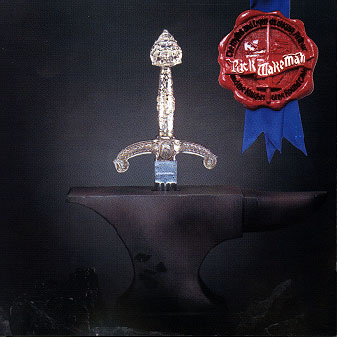 "The Myths and Legends of King Arthur and the Knights of the Round Table" is a 1975 by of Yes fame. The album tells the legend of .

The tour in support of the album was a theatrical performance on ice, an expensive project which, despite being sold out, caused Wakeman to go . [ [http://www.soundonsound.com/sos/1995_articles/nov95/rickwakeman.html?print=yes Rock And Roll Circus ] ] [ [http://www.amiannoying.com/(S(3grkgra0olmjfx552rfjn5rv))/view.aspx?id=7641&collection=3607 AmIAnnoying.com ] ] The album enjoyed good reviews but the live show in support of the record was ridiculed over the years as being a bloated and overblown affair and considered as one of the most notorious failures in history (it made s "100 greatest shocking moments in rock and roll" at number 79). [ [http://www.vh1.com/shows/dyn/the_greatest/62200/episode_about.jhtml The Greatest | Get Info About the 100 Greatest Shocking Moments in Rock & Roll (80 - 61) Episode, Find Info on the TV Show Online | VH1.com ] ]