Yo! Bum Rush the Show

Yo! Bum Rush the Show 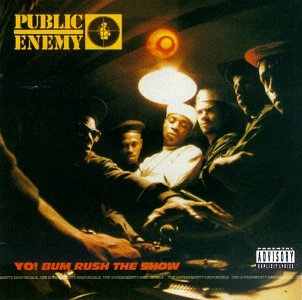 "Yo! Bum Rush the Show" is the debut album by Public Enemy, released by / on , . This was the first album of Public Enemy's that had been released by a record label. Their debut album had debuted at #125 on the , and at #1 on the Billboard / Albums chart.

The album is considered a classic of its time but is generally considered inferior to Public Enemy's follow up album, "".

The have often used part of 'You're Gonna Get Yours' as an intro to Give It Away when they play it live.

covered "Public Enemy No. 1" on his album Forever.

The following lists some of the songs and sounds sampled on "Yo! Bum Rush the Show".

You're Gonna Get Yours
*"Super Sporm" by
*"Getting it On" by

Timebomb
*"Just Kissed My Baby" by

Public Enemy No. 1
*"AJ Scratch" by Kurtis Blow
*"Feel the Heartbeat" by
*"Blow Your Head" by and

Raise the Roof
*"Assembly Line" by

Megablast
*"All We Need is Another Chance" by The Escorts