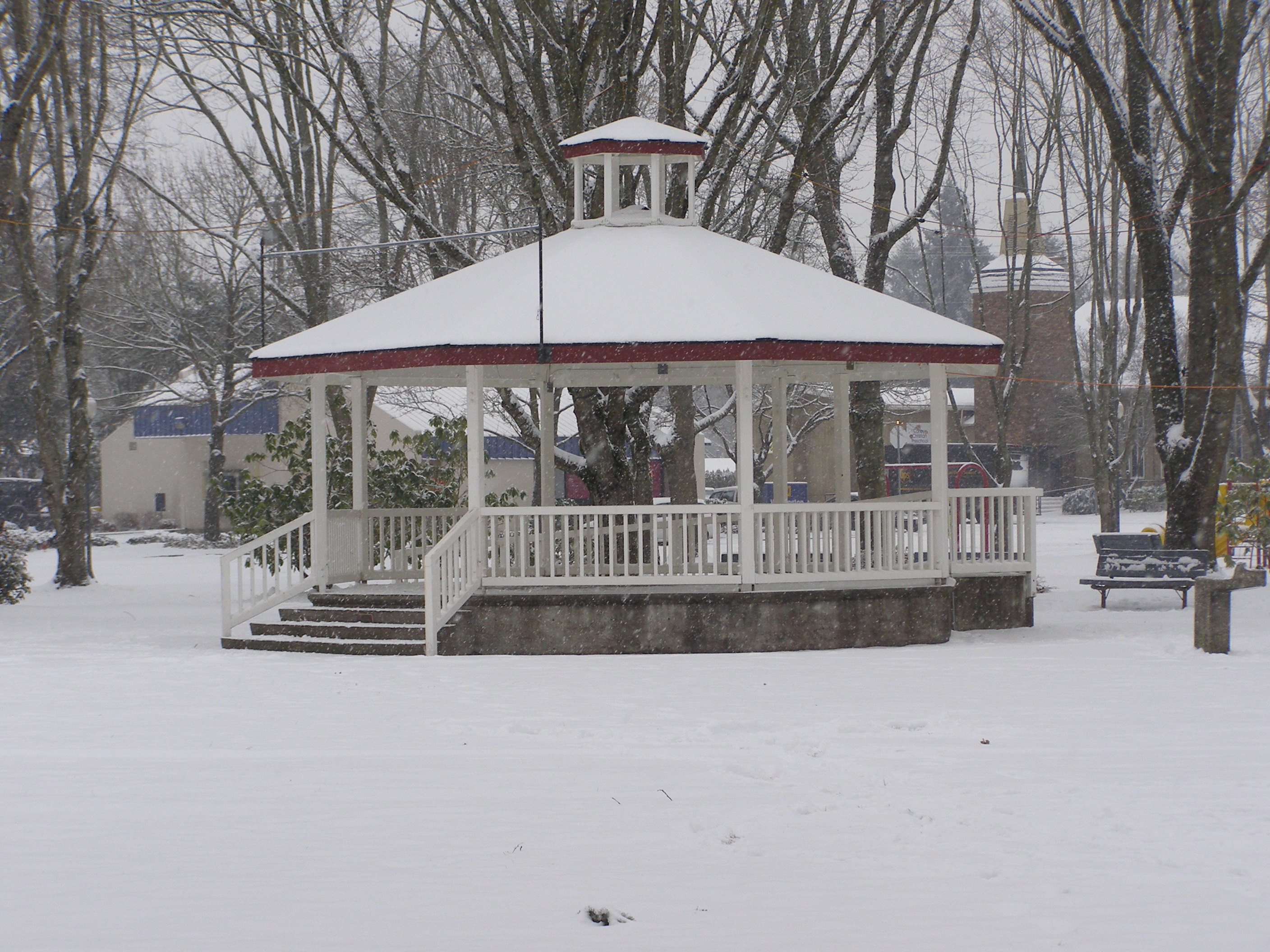 Canby is the home of the , where the annual has been held since 1907. [ [http://www.co.clackamas.or.us/fair Clackamas County Fair] ] The fairgrounds, located north of , are used in August for the fair and year-round for other events.

Canby is named for Edward Richard Sprigg Canby, a Civil War who was later killed in the by Captain Jack and his group of warriors. The towns of Canby in and Canby in are also named after him.

Canby is separated from its larger urban neighbors by a stretch of farmland in rolling hills and fields. Entering Canby from the north brings visitors past the , and from the south through the historic community of Aurora.

There were 4,489 households out of which 40.6% had children under the age of 18 living with them, 60.3% were married couples living together, 10.4% had a female householder with no husband present, and 25.0% were non-families. 21.2% of all households were made up of individuals and 11.0% had someone living alone who was 65 years of age or older. The average household size was 2.83 and the average family size was 3.27.

The (formerly a Southern Pacific mainline) freight and passenger (via ) line runs right through the middle of downtown Canby although Amtrak passenger trains no longer stop here. The branchline (to Molalla) interchanges with the Union Pacific mainline at Canby.

The city's bus system is Canby Area Transit (CAT). CAT buses are free and do not run on major holidays, and offers connections to Portland's bus system in Oregon City and Wilsonville.

bisects the city from east to west. The town is divided from east to west by Clackamas County Hwy. 170 (in town Highway 170 is known as Ivy St. and just out of town it is known as the Canby-Marquam Hwy.). Another of Canby's major thoroughfares, Knights Bridge Rd., yields access to Interstate 5.

The city of Canby has a in place. North-south streets have names, generally in alphabetical order from the west side of town to the east side, the first street being Ash street, and the last north-south street being Vine street (although Baker Street, being the westernmost street in northwest Canby, is an exception). East-west streets are generally numbered, with Highway 99E being considered South 1st street, and all numbered streets north of the Union Pacific rail line having a North, Northeast, or Northwest name, starting with North 1st Street. There are some exceptions, however for east-west streets, all of them roads that lead out of town: Northwest Knights Bridge Road is not a numbered street, neither are North Territorial Road or Southeast Township Road. Ivy Street is the division point between East and West in Canby's grid system, as well as being Canby's primary north-south thoroughfare.

The historic provides year-round transportation across the (river conditions permitting) between Canby and Wilsonville. The ferry is located three miles north of the town center, at the end of North Holly Street, past , and is a popular local attraction in the summer months. The next nearest crossings are at the Boone Bridge, upriver at Charbonneau, or at one of two bridges, the or the George Abernethy Bridge downriver that connect Oregon City and West Linn.

Canby is close to the and the , both of which are both served by only. Outside the city limits of Canby are , Workman Airpark and Lenhardt's , all private, residential grass airstrips. Most citizens of Canby travel by air from the or Salem Municipal Airport, the closest airports with commercial airline service.

Canby features a paved road which is closed to automobile traffic, and is maintained by the city parks department, the Molalla Forest Road. This road was formerly a private road used by logging trucks, but is now used primarily by bicyclists and pedestrians. The publicly accessible portion of the Molalla Forest Road extends from the Willamette River southward to the Molalla River, crossing Highway 99E and the Union Pacific Railroad on a very prominent green bridge.

Canby has a long history of having successful athletic programs.Fact|date=March 2007 Both school teams and community teams, along with their associated organizations, are models for other communities.Fact|date=March 2007 Canby Kids is an umbrella organization that coordinates youth sports up through grade 8 and includes baseball, football, soccer, volleyball, wrestling, softball and . [Canby Youth Lacrosse. (2007, March 03). [http://www.canbylacrosse.com/ Home page] .]