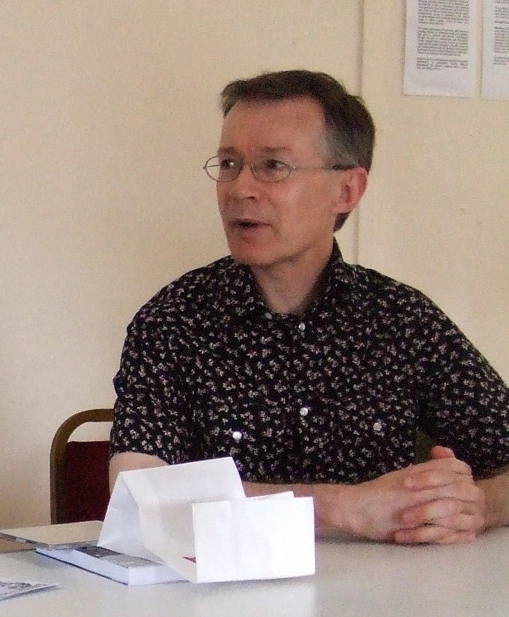 Paul Gravett is a -based journalist, curator, writer and broadcaster who has worked in comics publishing and promotion for over twenty years.

He is the founder of "", and writes a monthly article on comics appearing in the UK magazine "". He has written for various periodicals including "The Guardian", "The Comics Journal", "Comic Art", "Comics International", "Time Out", "Blueprint", "Neo", "The Bookseller", "The Daily Telegraph" and "Dazed & Confused".

His career began in the 1980s as he managed the table at bi-monthly comic marts held in London's . Dubbed "Man At The Crossroads" by for this in "Alec: How To Be An Artist".

In 1983, Gravett launched "Escape Magazine" with Peter Stanbury, in an attempt to showcase the cream of the alternative cartoonists of the day. Under the Escape Publishing imprint, he co-published "Violent Cases" by and , three volumes of Eddie Campbell's between 1984 and 1986 and "London's Dark" in 1988 by James Robinson and Paul Johnson.

The magazine lasted for 19 issues before closing its doors in 1989. "The Comics Journal" is quoted as saying of "Escape", "This now-defunct London based anthology remains one of the most sorely missed comics of all time not simply because of its tremendous track record of translating European comics but simply because it was always good in so many ways."

From 1992 to 2001, Gravet was the director of the UK charity , dedicated to preserving and promoting the best of British cartoon art and caricature and to establish a museum of cartoon art with gallery, archives and reference library.

Gravett is the author of several non-fiction books on the topic of comics and sequential art, including: