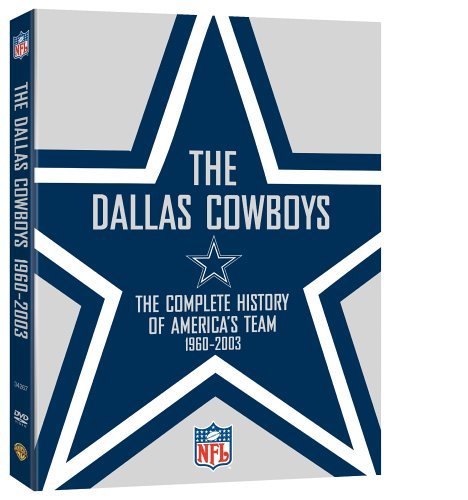 , the Vice President and editor-in-chief of , coined this for the Cowboys in . After preparing and editing the team’s season highlight film he had to come up with a title for the film. [cite web|url=http://www.tshaonline.org/handbook/online/articles/DD/xod2.html|title=DALLAS COWBOYS|publisher=The The Handbook of Texas Online - The University of Texas at Austin|accessdate=2007-02-03] He was quoted as saying:

:"I wanted to come up with a different twist on their team highlight film. I noticed then, and had noticed earlier, that wherever the Cowboys played, you saw people in the stands with Cowboys jerseys and hats and pennants. Plus, they were always the national game on television." During the Cowboys' first game of the 1979 season, a nationally televised game against the St. Louis Cardinals (which Dallas won 22-21), the television announcer introduced the Cowboys as America’s Team and the nickname stuck.

The popularity of the Cowboys as America's Team has been supported somewhat by such NFL records as Team with Most Consecutive Sold Out Games...a streak of 160 home and away games (including playoffs) that began on December 23, 1990 at Philadelphia's Veterans Stadium and came to an end on December 24, 1999 in a Christmas Eve game against the New Orleans Saints in the Louisiana Super Dome. [cite web|url=http://www.dallascowboysfanclub.com/cowboysmystique.htm|title=Cowboys Mystique by the Dallas Cowboys Fan Club] Other examples are the NFL games featuring the Cowboys that result in record-breaking ratings at the time of broadcast, such as 7 of the 8 Super Bowl games featuring the Cowboys and the NFC Championship Game between the Cowboys and 49ers, the only non-Super Bowl NFL game to be ranked in the Top 45 Primetime Telecasts of All Time. [cite web|url=http://en.wikipedia.org/wiki/List_of_most-watched_television_episodes|title=List of Most Watched Television Episodes]

Still, Dallas’ Hall of Fame coach originally did not approve of the appellation of America's Team. He felt that it would give opposing teams extra incentive to play harder. Eventually he gave in and actually came to like the name. [cite |author=Guinn, Jeff|title=Dallas Cowboys: Our Story|date=1996|publisher=Summit Publishing Group]

Other claims to the name

Few other teams have claimed the title of "America's Team" for themselves, but media and fans have occasionally tried to apply the nickname to other teams. Cinderella stories in college sports often bring out the label, but this usage rarely persists beyond a single season. The Green Bay Packers were at one time labeled "America's Team" when a survey found that more Americans liked the Green Bay Packers than any other team for a period of time.

The laid claim to the name due to their games being broadcast on cable television systems nationwide on WTBS, building a fan base in areas of the U.S. far removed from a Major League Baseball team. A 1982 issue of had referred to the Braves as "America's Team II". [cite |url=http://dynamic.si.cnn.com/si_online/covers/issues/1982/0809.html|author=Wulf, Steve|title=America's Team II|date=1982-08-09|publisher=Sports Illustrated]

Franchises with long histories and large nationwide fan bases are occasionally referred to as America's Team. The most prominent example is probably the , who rose to prominence in the US in the 1920s. The Yankees were so strongly perceived as an American symbol that during Japanese soldiers were known to shout: "To hell with !"

of refers to the , an NFL team known for having one of the smallest fanbases in the major leagues, as "America's Team," most likely jokingly.

In the aftermath of , some sportswriters referred to the as "The Real America's Team" because they drew a national following during New Orleans' recovery.