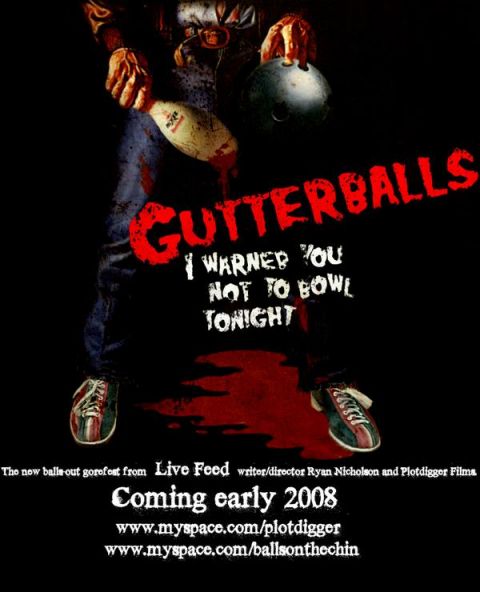 Gutterballs currently holds a 5.2/10 on the IMDB and many fans or followers of the film have praised it for its throwback feel to the 80's. Many horror websites have given this film high ratings also.

"If you like your horror movies gritty, crude, violent, sleazy, and fun, then Gutterballs is right up your alley." - Alex DiVincenzo, horror-101.com

"Gutterballs really is a film that slasher fans will be proud to add to their collection." - Goon, horror-movies.ca

On the other hand, Some have criticized the fact that the film contains more swearing than actual dialogue.

References to other films

The is inspired by the poster of the 's Maniac, while another is inspire by

Lisa is gang-raped on a table, much like in .