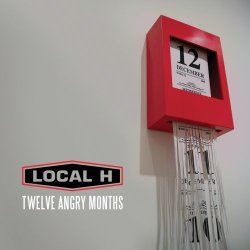 "Twelve Angry Months" is a by the band . It was released on , on . The album is about experiences surrounding a , with each track corresponding to a month in the year after the break-up [ [http://www.shoutfactorystore.com/prod.aspx?pfid=5158832 Shout! Factory - 12 Angry Months] ] . The first single is "24 Hour Break-Up Session".The album was scheduled for a release on , . However this has been delayed for unknown reasons until , . [ [http://www.play.com/Music/CD/4-/6036734/Twelve-Angry-Months/Product.html Play.com UK release product page and information] ] It is not known if any singles will be released for the market.