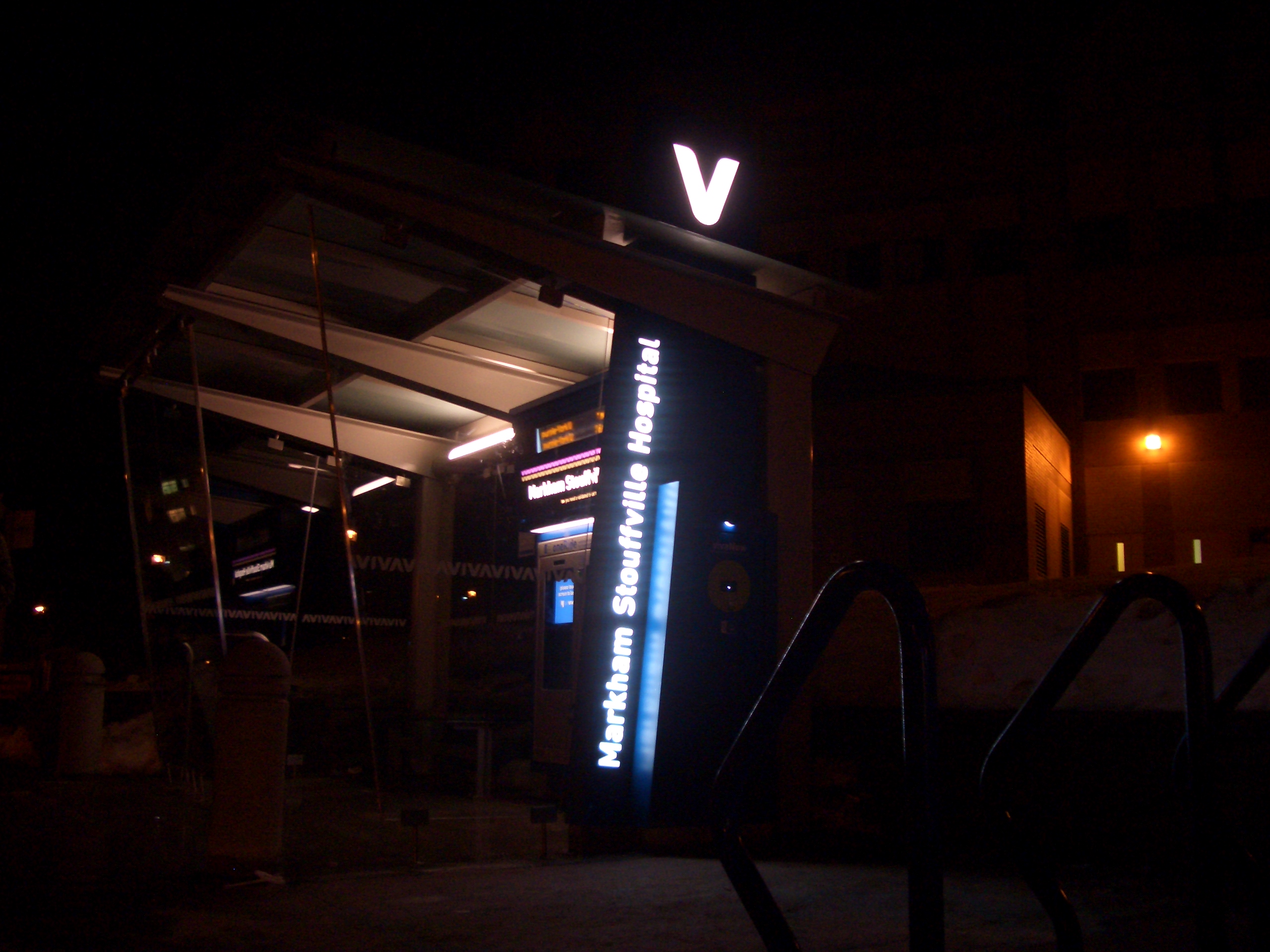 Markham Stouffville Hospital is a Vivastation on York Region's Viva bus rapid transit system, north of , , . The Vivastation was scheduled to open on , , but it opened on , instead. The station is located on the south side of Church Street in front of the Markham site of near Country Glen Road, in . This will provide convenient access to the hospital as well as Markham Stouffville Medical Centre and Participation House. [ [http://www.yorklink.org/NR/exeres/1018A2E0-22DF-4C68-AF59-D04BD608708A.htm?NRMODE=Unpublished Media Advisory: Viva purple extended eastward to Markham Stouffville Hospital] ] The Vivastation currently operates only on the but is expected to serve the route in the future.

YRT had been working on bringing Viva rapid transit service to the Markham Stouffville Hospital in advance of the opening of Cornell terminal. "Staff has identified a location for a curb side rapid transit stop and platform on the south side of Church Street west of Bur Oak." [ [http://www.york.ca/NR/rdonlyres/5ynghcuo2rjzsy4ztdttxz45zhnvctjwhdnuzvijuyieenuknspwhdwlqdo7kz3bicmgx4hq3lgwucsm247tdzhp7g/rpt+6+cls+2.pdf Report No.6 of the Rapid Transit Public/Private Partnership Steering Committee on September 27, 2007] ]