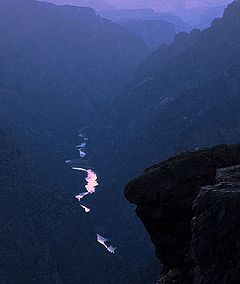 The Gunnison River in the Black Canyon.
Main article: Geography of Colorado
See also: List of rivers in Colorado