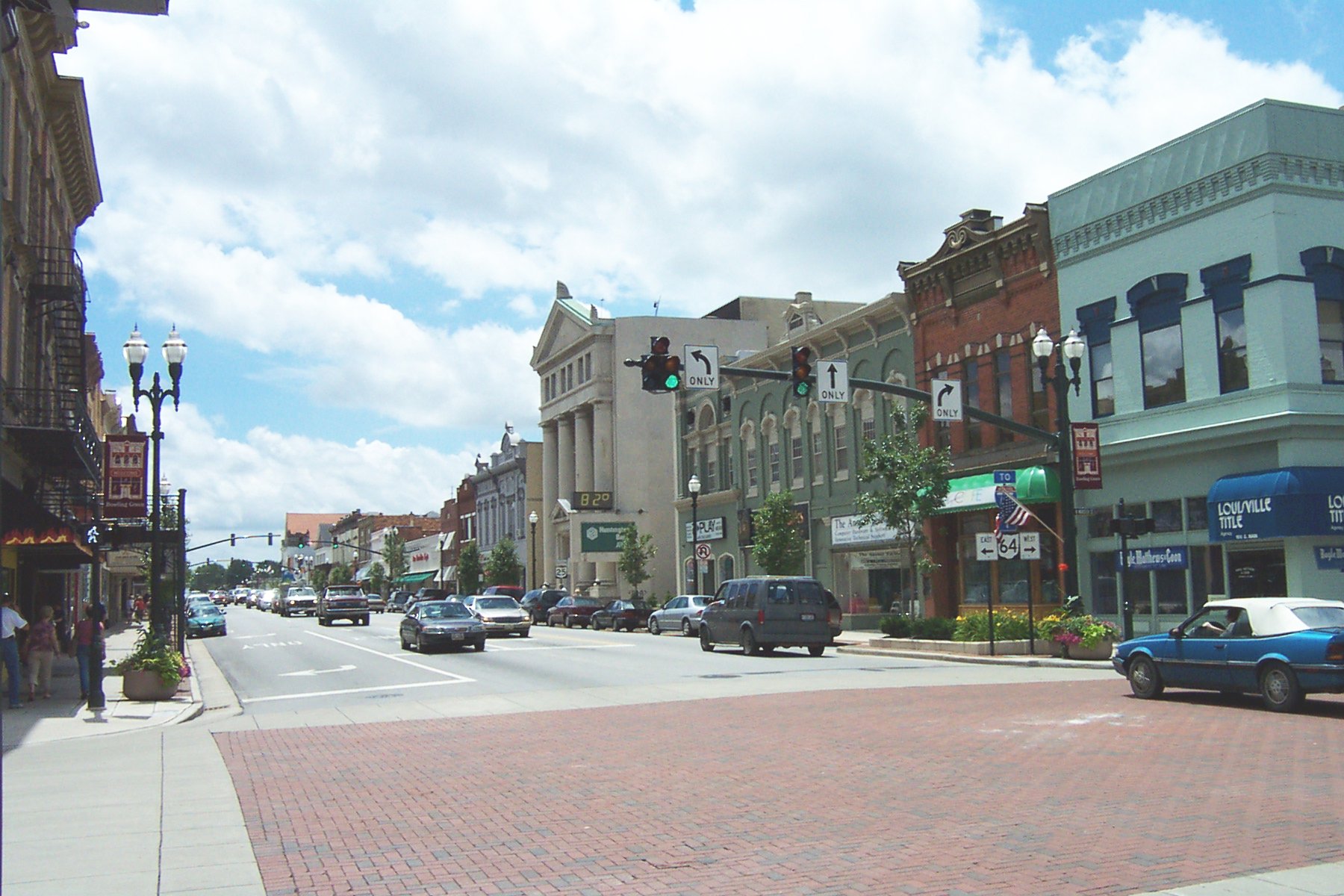 imagesize = 250px
image_caption = South Main Street, as seen from the intersection of Main and Wooster in Bowling Green. 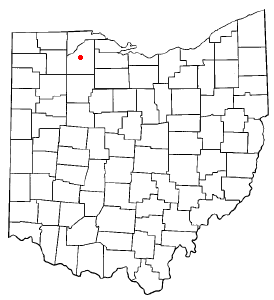 Bowling Green has made a financial commitment to reducing its impact on . Bowling Green has spent $8.8 million dollars and is home to [http://www.greenenergyohio.org/page.cfm?pageID=104 Ohio’s first utility-sized wind farm] . There are four turbines that are 391 feet tall. These turbines generate up to 7.2 megawatts of power—enough to supply electricity for some 3,000 residents. Located about six miles from the city, the turbines can be seen for miles and have become a local attraction.

At the site, a solar-powered kiosk provides information from visitors including current information on wind speeds and the amount of energy being produced by the turbines.

Through the city of Bowling Green Municipal Utilities you can request that your power come from green energy. The current "power cost adjustment" for this green power is .009 per KWH.

Bowling Green was first settled in 1832, was incorporated as a town in 1855, and became a city in 1901. Bowling Green was settled by the Martindales, Maules, Thurstins, Moores, Hollingtons, Shivelys, Walkers, Stauffers, Richards, Tracys, Hartmans, Booths, Mackies, Manvilles, St. Johns' families. In the late 19th and early , Bowling Green experienced a boom with the discovery of oil. The wealth can be seen in the downtown store fronts and along Wooster Street where many of the oldest and largest homes were built.

The DVD Bowling Green This is Your City can be found at the WCDPL was made in 1959 and tells apart of the history of Bowling Green as well as shows around town.

There were 10,266 households out of which 20.2% had children under the age of 18 living with them, 33.2% were married couples living together, 7.5% had a female householder with no husband present, and 56.8% were non-families. 34.3% of all households were made up of individuals and 7.0% had someone living alone who was 65 years of age or older. The average household size was 2.21 and the average family size was 2.84.

Every September the takes place in Bowling Green. Started in , it ranked a 78 out of 100 in contemporary craft festivals by "Sunshine Artists Magazine".

Kelli Kling, marketing and public relations chair for the Festival since 1999, said that the name Black Swamp was chosen for the festival because it is a common regional term for this area of the state. The , which was drained near the end of the 1800s to make farming possible, extended from Lake Erie to Indiana. It was the last area of Ohio to be settled. Bowling Green is the largest city to exist in the remnants of this vast wetland.

In the last few years, the festival itself has grown to include 100 juried artists, 42 local/invitational artists, 4 musical stages, youth arts, acts of art, and concessions. All types of music, including blues, jazz, and rock, could be heard from the main stage, which featured 18 different musical acts. Howard’s Club H no longer assists the planning committee in attracting many of the local and national musicians. The historic Cla-Zel Theatre also participates in the Festival by showing independent and art-related films throughout the weekend.

Main street is closed to traffic, and artists from around the country display and sell a variety of artwork. There are also musical performances, children's activities, and food

Bowling Green has hosted the National Tractor Pulling Championships since 1967. This annual event, one of the largest in the nation, is held at the Wood County Fairgrounds and draws an estimated 60,000 people. The Fairgrounds is located along Poe Road between Haskins Road (State Route 64) and Brim Road.

Country singers who have been to the Wood Coutnry fair:

Tuesday Nights at the Gish

During the Fall and Spring semesters, Culture Club (an interdisciplinary graduate student organization) sponsors films on Tuesdays. The [http://www.bgsu.edu/gish Gish Theater] is located on the Bowling Green State University campus. The Tuesday night film festival has featured the films of , Native American documentary filmmakers, and others.

Since the 1980s, Bowling Green's tiny local music scene has been unusually vibrant for a town of its caliber and has produced regionally well known acts such as Sheepish Grin, , , , Rod's Collision, as well as artist Aloha. , (started by DJ James Maule aka Goth Father) and all have close-knit communities in Bowling Green.

* is located on the Northeast side of Bowling Green along and North of Wooster Street ().