Case Western Reserve School of Medicine (CWRU SOM, CaseMed) is one of the graduate schools of Case Western Reserve University, and is located in the University Circle neighborhood of Cleveland, Ohio. The School of Medicine is among the top 25 medical schools in America and is the top-ranked medical school of Ohio in research per U.S. News & World Report.[1] In 2007, 6,077 applications for admission were received and 1,235 were interviewed for 185 spots, with an acceptance rate of 7.6%.

Additionally, Case School of Medicine is the largest biomedical research center in Ohio.[2]

Prospective students have the option of three degree paths leading to a medical degree at the School of Medicine: the "University Program;" the "College Program" at the Cleveland Clinic; and the Medical Scientist Training Program (MSTP).

In 2002, the School of Medicine became only the third institution in history to receive the best review possible from the body that grants accreditation to U.S. and Canadian medical degree programs, the Liaison Committee on Medical Education.[3] 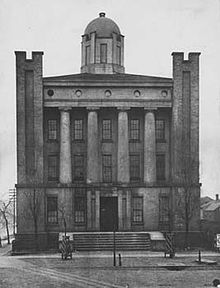 The School of Medicine has trained medical students, served the community, and been at the forefront of discovery in the City of Cleveland for over 165 years. A historical photo gallery is available at: http://casemed.case.edu/about/photogallery.cfm 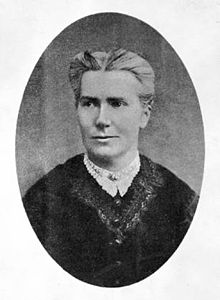 Women in Medicine: In 1852, the medical school became the second in the U.S. to graduate a woman, Nancy Talbot Clarke. 1854 MD alumnus, Emily Blackwell became the third woman in the US to receive a regular medical degree. Six of the first seven women in the United States to receive medical degrees from recognized allopathic medical schools graduated from Western Reserve University between 1850 and 1856.

In 1909, Arbraham Flexner, a graduate of Johns Hopkins University surveyed and evaluated each of the one hundred and fifty-five medical schools then extant in North America. The results of his investigation proved shocking: most "medical schools," for example, had entrance requirements no more stringent than either high school diploma or "rudiments or the recollection of a common school education."

Western Reserve Curriculum: A little over forty years later, in 1952, the Western Reserve University School of Medicine revolutionized medical education with the "new curriculum of 1952" and more advanced stages in 1968. This was the most progressive medical curriculum in the country at that time, integrating the basic and clinical sciences.

Research History: Development of the modern technique for human blood transfusion using a cannula to connect blood vessels; first large-scale medical research project on humans in a study linking iodine with goiter prevention; pioneering use of drinking water chlorination; discovery of the cause of ptomaine food poisoning and development of serum against it and similar poisons; first surgical treatments of coronary artery disease; discovery of early treatment of strep throat infections to prevent rheumatic fever; development of an early heart-lung machine to be used during open-heart surgery; discovery of the Hageman factor in blood clotting, a major discovery in blood coagulation research; first description of how staphylococcus infections are transmitted, leading to required hand-washing between patients in infant nurseries; first description of what was later named Reye's syndrome; research leading to FDA approval of clozapine, the most advanced treatment for schizophrenia in 40 years at the time; discovery of the gene for osteoarthritis; and creation with Athersys, Inc., of the world's first human artificial chromosome.

CaseMed Today: Today the CWRU School of Medicine is the largest biomedical research institution in Ohio and one of the largest in the nation, as measured by funding received from the National Institutes of Health. The School of Medicine has eight Nobel Prize holders among its alumni and former and current faculty, and also has graduates who have distinguished themselves as U.S. Surgeons General: Jesse Steinfeld, MD, and David Satcher, MD, PhD, and the current the Director of the CDC, Julie Gerberding, MD. 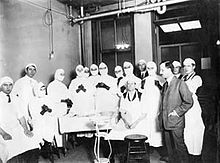 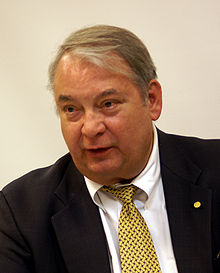 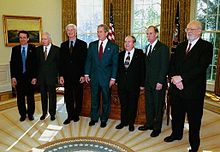 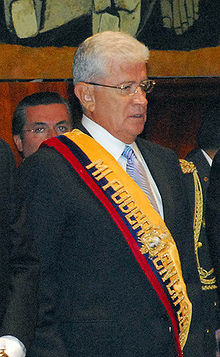 Building on its reputation for innovation in medical education, the Case Western Reserve University School of Medicine introduced the WR2 curriculum with the class entering in 2006. The goal of the new curriculum is to unite the disciplines of medicine and public health. It is designed to emphasize independent study, and scheduling choices, while providing mentored experiences in research during the first 18 months of school. All students are required to complete a dedicated 4 month research block during their second, third, or fourth year of study. 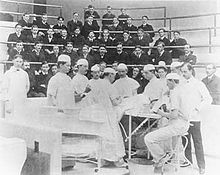 In 1896, the first affiliation agreement was approved between Western Reserve University and University Hospitals of Cleveland[40] 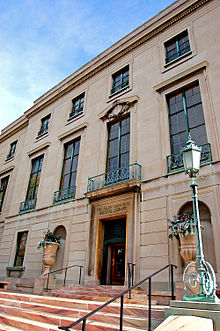 Case Medical School is divided into four societies named after famous CaseMed alums. Upon matriculation, students in the University Program are assigned to a society. Each has a Society Dean who serves as an academic adviser to the students. The societies are:

Every year, the four societies compete in "ISC Picnic" for the infamous Society Cup in a series of events (e.g. soccer, flag football, relay races etc.) to test physical talents of the students in each society. The Satcher Society currently holds the cup after a decisive win over Robbins who held the cup in 2007.

Every year, students at Case Western Reserve SOM write, direct and perform a full length musical parody, lampooning Case Western Reserve, their professors, and themselves. In recent years, the show has been a benefit for the Free Medical Clinic of Greater Cleveland.

Role in Cleveland and Ohio

During 2007, the economic impact of the School of Medicine and its affiliates on the State of Ohio equaled $5.82 billion and accounted for more than 65,000 Ohio jobs.[41] The role of Case Western Reserve University in the Cleveland economy has been reported on by The Economist magazine.[42]