The Oriental Club, at the end of Stratford Place, as seen from Oxford Street. On the right, the flags of Botswana and Tanzania mark their High Commissions in the UK

The Oriental Club in London is a traditional private members' club established in 1824 that now admits both gentlemen and ladies to membership. It is conveniently located near Oxford Street, and Bond Street, London W1.

The Asiatic Journal and Monthly Miscellany reported in its April, 1824, issue[1] -

The founders included the Duke of Wellington and General Sir John Malcolm,[2] and in 1824 British India was still controlled by the Honourable East India Company.

On 29 July 1844, two heroes of the First Anglo-Afghan War, Sir William Nott and Sir Robert Sale, were elected as members of the club by the Committee as an "extraordinary tribute of respect and anticipating the unanimous sentiment of the Club".[5]

On 12 January 1846, a special meeting at the club in Hanover Square presided over by George Eden, 1st Earl of Auckland, a former Governor-General of India, paid a public tribute to the dying Charles Metcalfe, 1st Baron Metcalfe, which Sir James Weir Hogg described as "a wreath upon his bier".[6]

With the formation of the East India Club in 1849, the link with the Honourable East India Company began to decline.[7]

In 1861, the club's Chef de cuisine, Richard Terry, published his book Indian Cookery, stating that his recipes were "gathered, not only from my own knowledge of cookery, but from Native Cooks".[9][10]

In 1889, the words "Noblemen, Members of Parliament and Gentlemen of the first distinction and character" appeared in the club's own Rules and Regulations, and the total number of members was limited to eight hundred.[12]

Stephen Wheeler's 1925 book Annals of the Oriental Club, 1824-1858 also contains a list of the members of the club in the year 1924, with their years of election and their places of residence.[3]

In 1927, R. A. Rye could write of the club's library - "The library of the Oriental Club... contains about 4,700 volumes, mostly on oriental subjects",[15] while in 1928 Louis Napoleon Parker mentioned in his autobiography "...the bald and venerable heads of the members of the Oriental Club, perpetually reading The Morning Post.[16]

The Club now says on its web site that it has "moved gently into the 21st century, providing modern facilities". Full membership is open to both Ladies and Gentlemen, proposed and seconded by existing members. Associate membership is open to the spouse or partner of a full member.[2] Within the club there are now eleven specialist Societies for members, for those with an interest in various sports and pastimes (Bridge, Billiards, Chess, Golf, Game Shooting, Music, Racing, Sports, Sailing), Younger Members and the eleventh, formed in 2011, for those interested in Wine.[19]

As of 2011, the membership subscription costs between £240 and £850 per year, with a £120 rate for younger members and £140 for associate members. The entrance fee is an additional £850, but is waived for younger members as well as those over 70 years of age. Members over 65 and of 10 years standing pay a reduced membership fee [1]. 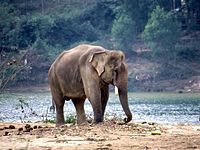 The Indian elephant is the symbol of the club

In its monthly issue for June 1824, The Asiatic Journal reported that "The Oriental Club expect to open their house, No. 16, Lower Grosvenor Street, early in June. The Members, in the mean time, are requested to send their names to the Secretary as above, and to pay their admission fee and first year's subscription to the bankers, Messrs Martin, Call and Co., Bond Street."[20]

The club's first purpose-built club house, in Hanover Square, was constructed in 1827-1828 and designed by Philip Wyatt and his brother Benjamin Dean Wyatt.[21]

Edward Walford, in his Old and New London (Volume 4, 1878) wrote of the Hanover Square club house[22]

Early in 1962, the club moved into its present club house, Stratford House in Stratford Place, just off Oxford Street, London W1C, having bought the property for conversion in 1960.[2][24]

The central range of Stratford House was designed by Robert Adam and was built between 1770 and 1776 for Edward Stratford, 2nd Earl of Aldborough, who paid £4,000 for the site.[24] It had previously been the location of the Lord Mayor of London's Banqueting House, built in 1565.[24] The house remained in the Stratford family until 1832.[25] It belonged briefly to Grand Duke Nicholas Nikolaevich, a son of Tsar Nicholas I of Russia.[18] The house was little altered until 1894, when its then owner, Mr Murray Guthrie, added a second storey to the east and west wings and a colonnade in front.[24] In 1903, a new owner, the Liberal politician Sir Edward Colebrook, later Lord Colebrooke, reconstructed the Library to an Adam design. In 1908, Lord Derby bought a lease and began more alterations, removing the colonnade and adding a third storey to both wings. He took out the original bifurcated staircase (replacing it with a less elegant single one), demolished the stables and built a Banqueting Hall with a grand ballroom above.[24]

In 1960, the Club began to convert its new property. The ballroom was turned into two floors of new bedrooms, further lifts were added, and the banqueting hall was divided into a dining room and other rooms.[24] The club now has a main drawing room, as well as others, a members' bar, a library and an ante-room, a billiards room, an internet suite and business room, and two (non)smoking rooms, as well as a dining room and 32 bedrooms.[18][26][27]

Stratford House is a Grade I listed building.[28]

The flag flying above the club house bears an Indian elephant, which is the badge of the club.[18]

The club possesses a fine collection of paintings, including many early portraits of Britons in India such as Warren Hastings.[29] The Bar is overlooked by a painting of Tippu Sultan, the Tiger of Mysore (1750–1799).[18] There are portraits of the club's principal founders, the first Duke of Wellington (by H. W. Pickersgill) and Sir John Malcolm (by Samuel Lane). Other portraits include Lord Cornwallis (1738–1805), also by Samuel Lane, Sir Jamsetjee Jeejebhoy, 1st Baronet (1783–1859), by John Smart, Clive of India (1725–1774) by Nathaniel Dance-Holland, Major-General Stringer Lawrence by Sir Joshua Reynolds, Major General Sir Thomas Munro, 1st Baronet (1761–1827), by Ramsay Richard Reinagle, Edward Stratford, second Earl of Aldborough (died 1801) by Mather Brown, Mehemet Ali, Pasha of Egypt (c. 1769-1849) and General Sir William Nott, both by Thomas Brigstocke, Henry Petty-Fitzmaurice, 5th Marquess of Lansdowne (1845–1927) by Sydney P. Kenrick after John Singer Sargent, Lieutenant-General Sir Richard Strachey (1817–1908) by Lowes Dickinson (the bequest of his widow, Jane Maria Strachey), Charles Metcalfe, 1st Baron Metcalfe by F. R. Say, Thomas Snodgrass by an unknown artist, and a bust of the first Lord Lake.[30]

President of the Club 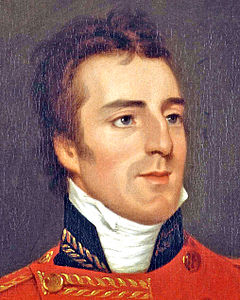 The Duke of Wellington, first and only President of the club

After Wellington's death in 1852, no further Presidents were appointed.[31]

Chairmen of the Committee

The first club Committee of 1824 included: