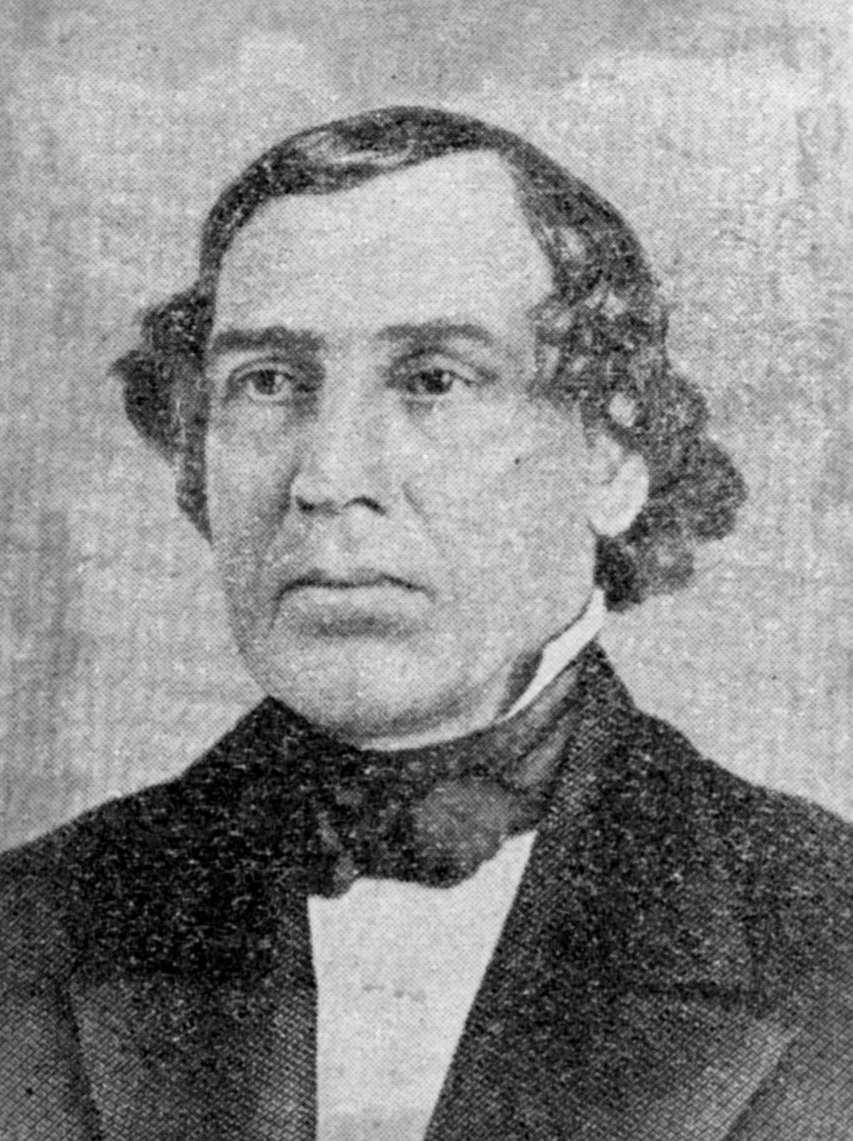 James Whitcomb (, &ndash;, ) was a Democrat and Governor of . For his acts in helping the state avoid bankruptcy, Whitcomb is usually credited as being one of the greatest of Indiana's governors. He died of a chronic disease in 1852.

James Whitcomb was born in on , . While still a boy his family moved to where they farmed land. Whitcomb loved to read books and many times his father would discourage him from reading hoping he we become a farmer. Instead young Whitcomb moved to in 1824, [Woollen, p. 80] where he attended and studied law. After gradating he moved to where he was admitted to the bar and began to practice law in March 1822. After a short time there he moved to where he continued to practice law. In Bloomington he quickly became respected in the community.

Whitcomb was appointed as prosecuting attorney for bye Governor and served from 1826 to 1829 and went on to serve as a member of the from the same county from 1830 to 1831 and again in 1832 until 1836. In the Senate Whitcomb was the most outspoken of the anti-internal improvement men. He was one of the only nine men to vote against the bill, his cohorts being , and . Despite his protests the bill passed leading to the rapid decline in the state's finances.

Whitcomb was appointed by President to serve as the in from 1836 until 1841. While in office he undertook the study of French and Spanish to be able to read the land treaties, and became fluent in both languages. Upon resigning from the Land Office in 1841, Whitcomb moved to Terre Haute, where he eventually launched his campaign as the Democratic gubernatorial candidate.

In 1843 he authored a pamphlet entitled "Facts for the People" in which he made a case against the federal government adopting protective tariffs. The pamphlet was popular and widely read in the state. That year he was nominated to be the Democrat candidate for governor. The Whigs, who had been the primary backers of the internal improvements, had came under increasing criticism in the term of . The program had completely broken down in 1841 and most of the state's investment in the projects where lost. The state narrowly avoided bankruptcy by negotiating the transfer of the project to the states creditors in exchange for a reduction in the state's debt. Whitcomb ran on the issue and overcame the Whigs who received most of the public blame for the debacle. He defeated incumbent Governor Samuel Bigger in a close election, winning by 2,013 votes.

Upon his election he found the government coffers nearly empty as the state had exhausted itself in the in an attempt to recover from overspending on internal improvements in the 1830s. During his term the government began the recovery from the losses of the internal improvements. The Bigger administration had oversaw a large reduction in the state's debt, but the government was still unable to make headway on the five-million dollar debt they still held. To remedy this, Whitcomb supported the Butler Bill, in which the state sold the , the only public work they still owned after Bigger's negotiations&mdash;and the only profitable one&mdash;in exchange for another 50% of the state's debts. The act restored the state's credit and they government was able to issue bonds to cover the remaining portion of the debt. The plan was a success and the state debt was steadily lowered and financial stability returned to the government.

Whitcomb's most unpopular act as governor was his refusal to reappoint Justices Sullivan and Dewey. Whitcomb criticized them for allowing the docket to get backed up, and claimed that younger men were required to catch it back up. His actions would be one of the leading factors in the change to the method of appointing justices in the 1851 constitution. [Dunn, p. 429] He was reelected as governor in 1846, defeating Whig candidate by 3,958. [Woollen, p. 84] Whitcomb's acts in reducing the state debt led many to credit him was being one of the greatest of Indiana's governors. [Woollen, p. 93]

Speaking of his profession, Whitcomb once said,

"Follow one line of thought and research with your whole mind and soul; take no active part in politics until maturity has brought you settled thought. The life of a politician is not always reputable; it has so many elements of deceit and dishonesty that it is hard to follow it and keep clean one's hands and soul." [Woollen, p. 92]

Whitcomb was only briefly married. He was wed to the widow Martha Ann Hurst. She died 16 days later after giving birth to his daughter Martha Renick Whitcomb on , . He recorded her death in his bible with a single sentence, "How brief our happy sojourn together". Whitcomb was a very active Mason. He was the first man knighted in Indiana. The honor was conferred upon him , 1848. He organized a masonic lodge which for several years met in his home. He was always proud of his relationship with the Masons, and the Raper Commandery was established in his home where it met for several years before building a lodge. Whitcomb became the first person to be knighted in Indiana on , . [Woollen, p. 92] Whitcomb was known to be addicted to snuff and smoking. [Woollen, p. 88]

In 1849, before his second term ended, Whitcomb was elected by the legislature to become a member of the . He served in the Senate from 1849 until his death in 1852 and was a staunch opponent of tariffs. While in , he served several years as the Vice-President of the , remaining in the position until his death.

was named after the popular Governor Whitcomb. Whitcomb's pamphlet on tariffs became popular again after his death and was circulated nationally during the failed reelection campaign of , a proponent of tariffs. [Woollen, p. 88]