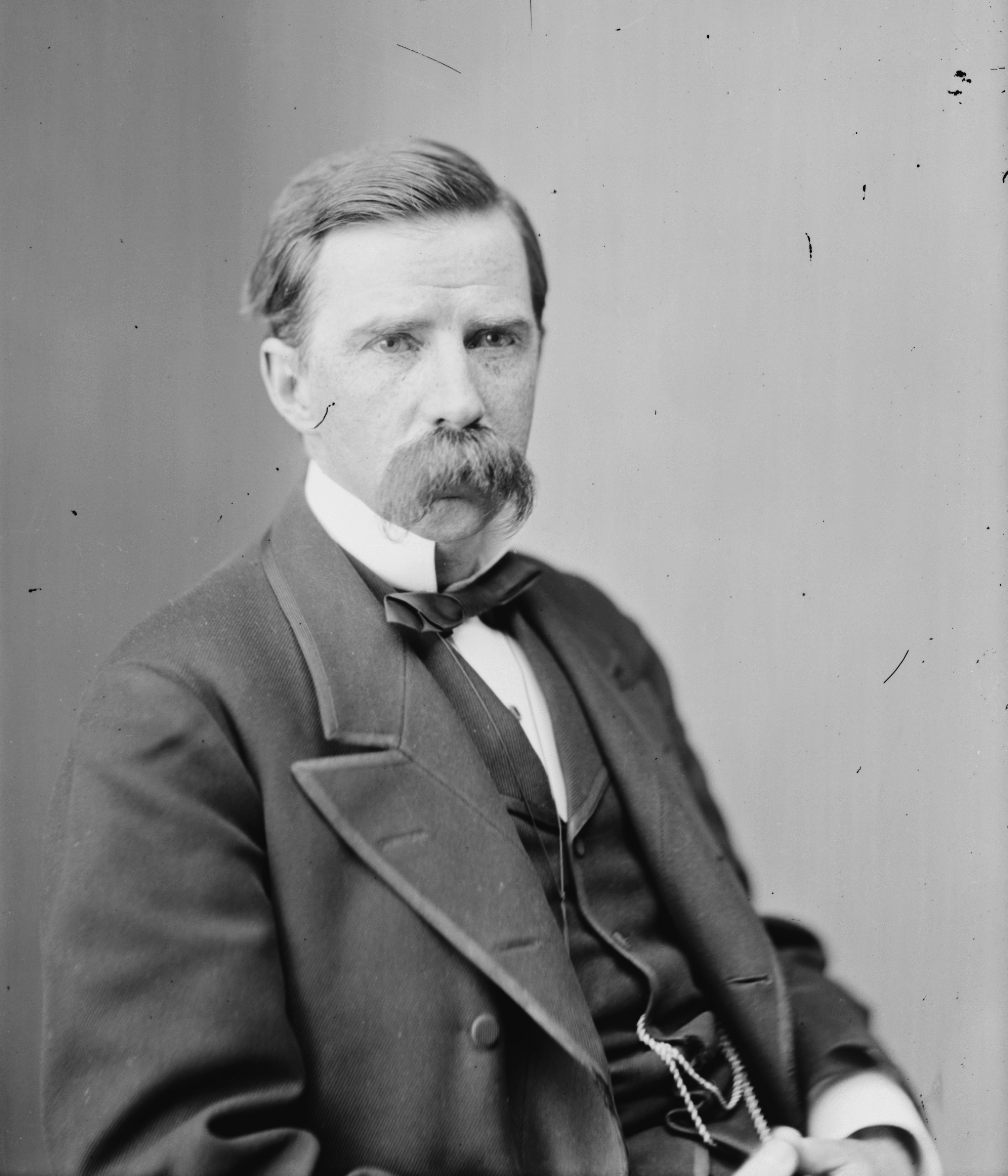 James Donald Cameron (, &ndash; , ) was an American politician from who served as Secretary of War under and in the for twenty years.

Born in Middletown, Pennsylvania, the son of , the 26th Secretary of War and a powerful politician and Margaret Brua. Cameron graduated from Princeton College (today ) in 1852 and received a graduate degree in 1855. He worked as a bank clerk and cashier and was later president of the from 1866 to 1874. In 1876, President appointed Cameron to his cabinet as Secretary of War, a post his father once served in during the Lincoln administration, to succeed , who became Attorney General, and served as so until the end of Grant's presidency.

In 1877, his father resigned from his seat in the and Cameron was appointed to fill the vacancy under the ensurance of the Pennsylvania Legislature. He was reelected three more times serving for a total of twenty years. He served as chairman of the Committee on Naval Affairs from 1881 to 1891 and again from 1895 to 1897 and as chairman of the Committee on Revolutionary Claims from 1893 to 1895. Cameron also served as chairman of the from 1879 to 1880. After not being a candidate for reelection in 1896, he engaged in several business enterprises in and later died at his country home called "Donegal" in . He was interned in in . Prior to his death, Cameron was the last surviving member of the Grant administration.