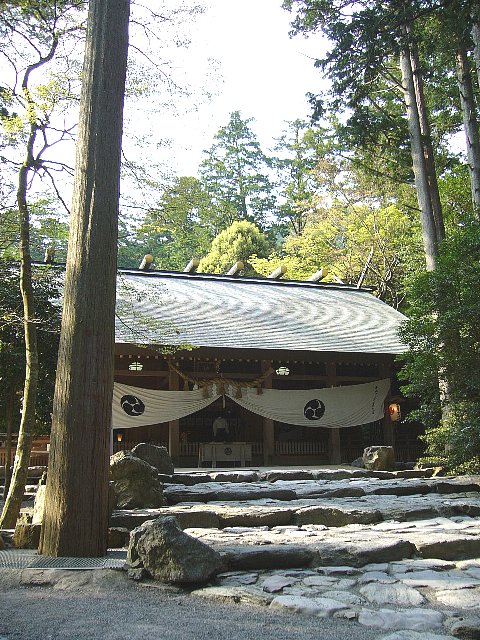 nihongo|Tsubaki Grand Shrine|椿大神社|Tsubaki Ōkami Yashiro is a shrine in Suzuka, , . Tsubaki is the principal shrine of the deity Sarutahiko-no-Ōkami and one of Japan's oldest shrines. Sarutahiko no Ōkami's wife Ame-no-Uzume is also enshrined at the jinja.

* [http://www.csuchico.edu/~gwilliams/tsa/Kami_no_Michi_ToC.html Kami no Michi: The Way of the Kami] -- The Life And Thought of a Shinto Priest, by Guji Yukitaka Yamamoto (96th priest of Tsubaki Grand Shrine)