How Can I Help You Say Goodbye

How Can I Help You Say Goodbye

Infobox Single
Name = How Can I Help You Say Goodbye 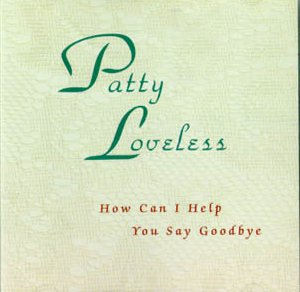 Loveless' album, "Only What I Feel" had sold over 650,000 copies and had been certified as an RIAA Gold Album. Sony/Epic was receiving requests from radio stations that this song be released as a single, and in March 1994 it was released. This song climbed up the charts, reaching #3 in June. It was also nominated for the 1995 for Best Female Country Vocal Performance and Best Country Song. The accompanying video was also nominated by both the CMA and the ACM as 1995 Video Of The Year.

According to Loveless: "... all the experiences I've gone through. The traumas in my life, but, I feel a lot of people have gone through, maybe at one point, in their life. Leaving a hometown where they were going to school, and growing up as a child, and all of a sudden you're shocked into having to make a move. And I lost a parent back in 79, and also, I've been through a divorce, so you know, I have been through all those things that have emotionally been a very emotional trauma to me. Moving away from my hometown was very difficult. So this song...that's the reason that the tears flowed. I went into the studio, and was trying to do a demo on it. Just to see what my voice would sound like, and I couldn't get beyond the second verse. Because the third verse of the mother ended up dying, in the third verse is still trying to teach her daughter about changes. There is change in life you have to accept it, and let it turn into something great and good, because that's all a part of life. And also, goodbye is a part of our life. We say goodbye to people everyday of our lives, which is very hard. And this song just touched me so much that I felt like yeah, I had written this song..."