You Will (Patty Loveless song)

You Will (Patty Loveless song)

Infobox Single
Name = You Will 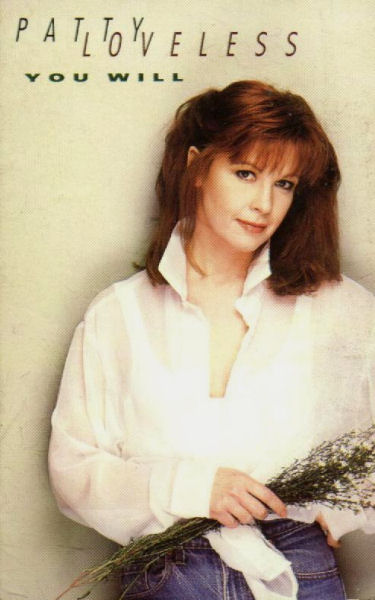 You Will is a single release by , recorded at Sony/Epic in the early spring of 1993. It was included on her first album with Sony/Epic Records, , her sixth career album. The single was released in November 1993. It was the third single released from the album. "You Will" was also recorded as the title track of Canadian country singer 's 1990 album.

This song was one which Loveless originally recorded in the summer of 1992 for , and in fact performed on a September 1992 CBS-TV special "Women in Country". However, the condition of her vocal cords had deteriorated to the point that medicine was ineffective, and surgery was necessary in order for her to continue her career. On October 21st, she had the surgery. After a nine-week recovery period, she and her husband/producer Emory Gordy, Jr. went back into the recording studio to pick up where they had stopped the previous fall. Due to her surgery, the tone of her voice had changed, and all of the material she had recorded the previous summer had to be re-recorded. The first song Patty re-recorded was "You Will".

"You Will" charted for 23 weeks on the Billboard Hot Country Singles and Tracks chart, reaching #6 during the week of 19 February 1994.

* [http://www.youtube.com/watch?v=VYtwuk6WK8o You Will video performance on YouTube.com]