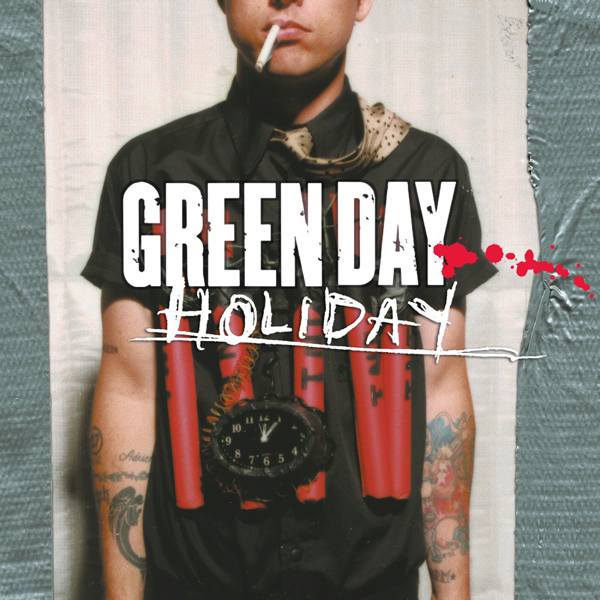 "Holiday" is a song by the American band , released as the third single off of their seventh studio album "American Idiot" (2004). Though the song is a prelude to "Boulevard of Broken Dreams", "Holiday" was released as a single later on, in the spring of 2005. The song achieved considerable popularity across the world and performed moderately well on the charts. In the U.S., it reached number nineteen on the "Billboard" Hot 100 and number one on the and charts. It debuted at number eleven in the UK and at number twenty-one in .

"Holiday" features a spoken word segment during the bridge that is unique to Green Day songs. While it caused controversy, this speech is generally regarded as anti-fascist, with Green Day accusing of being a fascist.

During live performances, lead singer liked to introduce this song with a political agenda, or alternatively, a disclaimer. For example, on Green Day's CD/DVD "" (2005), Armstrong announces, "This next song's a big 'fuck you' to all the politicians. This song's called Holiday! This song is not anti-American; it's anti-war!" Which some consider to be similar to the way in which of would introduce "Sunday Bloody Sunday"; "This is not a rebel song...".

The first half of the video takes place in a car (a Mercury Monterey convertible), where , and are partying around the town. In the second half, they are cavorting in a bar, where each of the band members portray several different characters. Billie Joe Armstrong plays the mentioned Representative of , two fighting clients, and 's . Tré Cool plays a drunken priest, a patron, and a prostitute. Mike Dirnt plays the barman, a policeman, and from . There are also scenes featuring seemingly worn-down dancers. At the end of the video, the car smokes to a halt in the field that "Boulevard of Broken Dreams" begins in. Like the video for "Boulevard of Broken Dreams", this video was directed by .

The band arrived at the in the same car, this time "pimped out" by James Washburn, a friend of the band.

*The spoken bridge of the song makes references to , and 's refusal to support the :

::"Zieg Heil to the President Gasman/Bombs away is your punishment/Pulverize the s/Who criticize your government/Bang bang goes the broken glass/Kill all the fags that don't agree/Trials by fire setting fire/Is not a way that's meant for me"