Dolores is a town in Buenos Aires Province, Argentina. It is the head town of the Dolores Partido. The town settlement was officially founded by Ramón Lara on August 21, 1817. 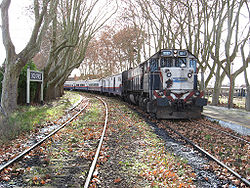