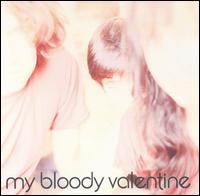 "Isn't Anything" is the official debut full-length album by , released in November 1988 after three years of issuing s and mini-LPs. It came out on in the , and is currently available on in the

When the band's original vocalist Dave Conway left, to be replaced by , returned to their "avant-garde" roots, and began to explore the possibilities offered by the studio facilities available after signing to .

Displaying strong influence from , , and , "Isn't Anything" established My Bloody Valentine as one of the leading forces in indie music. The album comprises burned-out torch-style songs ("Lose My Breath", "No More Sorry", and "All I Need"), jagged guitar anthems "(When You Wake) You're Still In A Dream", "Feed Me With Your Kiss") and dream-pop melodies ("Several Girls Galore", "Sueisfine"). The titular word in "Sueisfine" was always sung as "" live, but the pronunciation is ambiguous on the album.

A music video was shot for the song "Feed Me With Your Kiss." This video is mainly noteworthy because neither Shields nor Butcher play their usual and respectively in it, instead opting for a , Surfcaster, and a different .

The initial vinyl LP copies came with a free bonus 7" which was packaged in a plain white sleeve. The songs on it were titled "Instrumental A" (3:19) and "Instrumental B" (4:36). "Instrumental B" featured a Public Enemy drum loop (from "Security of the First World") which was later used by Madonna in her 1990 hit single, "".