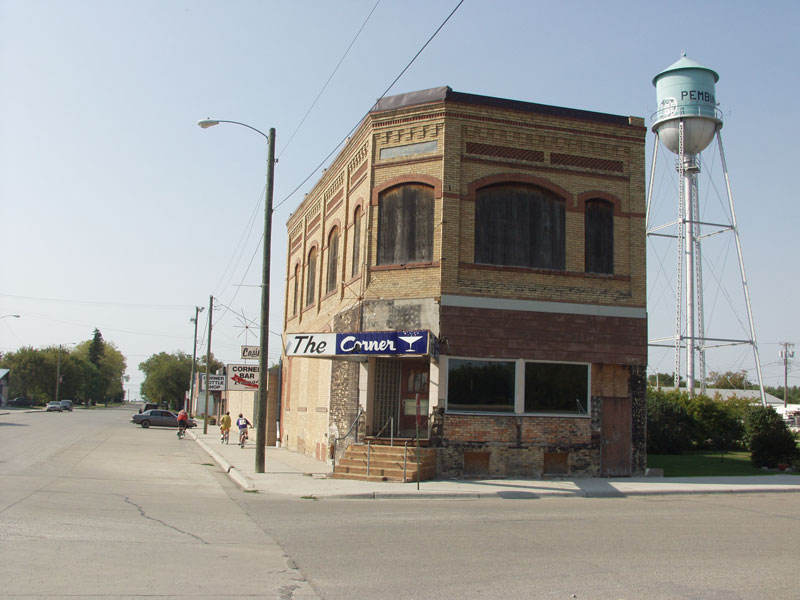 Pembina (pronEng|ˈpɛmbɪnə, Audio|pembina-nd.ogg|listen) is a city in Pembina County, in the . The population was 642 at the 2000 census.

Pembina is the oldest community in .

Pembina is near the northern end of at the at . It is a significant crossing for road traffic headed to and from and is one of three 24-hour ports of entry in (the others are Portal and Dunseith).

Pembina is home to the U.S. satellite plant of , which completes assembly of intercity es, for customers including .

The Pembina area originally was the point of intersection of the Sioux Indians, the Chippewa Indians and the Assiniboine Indians, who competed for hegemony over the territory beginning with the first introduction of in the late 1500s. The first known European visitors to the Pembina region were the family in the early 1700s. While much of the surrounding territory was settled by whites only in the late 1870s and 1880s, Pembina has a rich history dating back well over 200 years, associated with the and ; the histories of , , the Métis people, , , the , , and ; the Red River of the North, trains and the over which they traveled; Dakota and Minnesota territories; and border politics. The and the Pembina Band of the Ojibwe Indians on the have been chronicled by the noted American author . Only in the past few years have Pembiners recognized their unique heritage.

There were 250 households out of which 35.2% had children under the age of 18 living with them, 62.8% were married couples living together, 5.2% had a female householder with no husband present, and 28.8% were non-families. 26.8% of all households were made up of individuals and 11.2% had someone living alone who was 65 years of age or older. The average household size was 2.57 and the average family size was 3.12.

*LaMoure Memorial Golf Club - a nine-hole located four blocks south of City Park in Pembina. It measures convert|2446|yd from the back s.

* - interpretative exhibits commemorating establishment of Pembina in 1797 as the earliest settlement in what is now the State of North Dakota.