An object's center of mass is certainly a real thing, but it is a construct (not another object)

In a scientific theory, particularly within psychology, a hypothetical construct is an explanatory variable which is not directly observable. For example, the concepts of intelligence and motivation are used to explain phenomena in psychology, but neither is directly observable. A hypothetical construct differs from an intervening variable in that it has properties and implications which have not been demonstrated in empirical research. These serve as a guide to further research. An intervening variable, on the other hand, is a summary of observed empirical findings.

The creation of constructs is a part of Operationalization, especially the creation of Theoretical definitions. The usefulness of one conceptualization over another depends largely on construct validity.

Concepts that are considered constructs by this definition include that which is designated by the symbol "3" or the word "liberty". Scientific hypotheses and theories (e.g., evolutionary theory, gravitational theory), as well as classifications (e.g. in biological taxonomy) are also conceptual entities considered to be constructs.

Some simple examples of real objects (that are not constructs) are lawyers and undershirts. 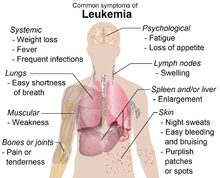 Diseases like Leukemia are important explanatory concepts, but do not 'exist' in the same way as a rock or a pencil