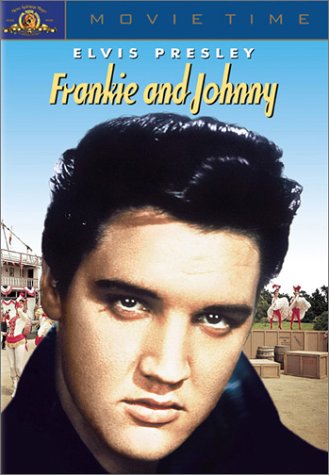 "Frankie and Johnny" is a 1966 musical starring as a riverboat gambler. The role of "Frankie" was played by , star of the hit , "". Elvis gambles with his luck as he goes for a lucky redhead, Nellie Bly, instead of his beautiful blonde, Frankie.

Johnny and his girlfriend Frankie are riverboat singers on a Mississippi riverboat which includes a gambling casino. Johnny is a gambler who is down on his luck and in debt.

Johnny and his friend Cully, a musician and composer, visit a gypsy camp to get his fortune told. A gypsy lady reads some tea leaves, and tells Johnny that he will soon meet a red haired woman that will bring him luck.

Back on the riverboat, Johnny and Cully meet Nelly Bly, their boss Clint Braden's on-again, off-again girlfriend who has just come to visit. Nelly suprises her boyfriend Braden who is in the middle of seducing another singer on the riverboat, Mitzi. Bly has red hair, and so Johnny persuades her to touch his chips for luck. After he wins, Johnny is convinced that the gypsy was correct.

When Frankie finds out, she is jealous, as is Johnny's boss. Frankie and Johnny perform a bit of musical theatre where Frankie shoots Johnny for dancing with Nelly Bly, while singing Cully's new song. A Broadway recruiter sees the riverboat show, and buys the rights to the new song, and suggests that Frankie and Johnny should work on Broadway.

Landing in , the cast of the musical show and the crew of the riverboat attend a masked ball. Frankie, Nelly and Mitzi all rent the same costume.

Johnny has decided that he wants to use the luck of redhead Nelly to win more money, contrary to the wishes of his girlfriend Frankie. However, being masked and in costume, Frankie and Nelly switch places and Johnny takes Frankie with him to the roulette wheel. Johnny wins ten thousand dollars, but when he kisses the woman he believes is Nelly, he discovers he is really kissing his girlfriend Frankie. Frankie is furious, and throws the ten thousand dollars out the window to the crowd on the street.

Blackie, the boss Braden's assistant, hears Braden drunkenly complaining about how he has lost Bly to Johnny, so Blackie switches the blank in Frankie's stage gun for a real bullet. The boss tries to prevent the impending disaster, but arrives at the theatre too late. Frankie has shot Johnny with a real bullet, and Frankie believes she has killed Johnny. Frankie forgives Johnny for his gambling as he is laying on the stage. Johnny then stands up, apparently unhurt. Johnny was saved because he was wearing his lucky medallion that Frankie had given him, and the bullet had struck the medallion. 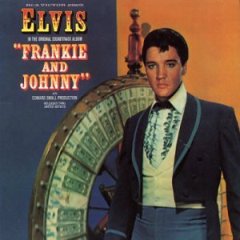 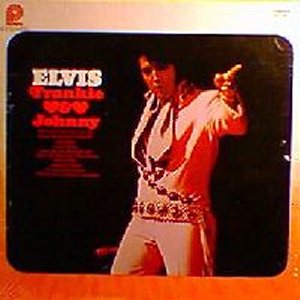 In November 1976, reissued the soundtrack album with a new cover showing a 1970s-era image of Presley. The order of the songs was changed and some songs from the original album were omitted; the title was also modified to "Frankie & Johnny". The front cover does not indicate that this is a reissued soundtrack album; it was the only soundtrack to be reissued in this way.