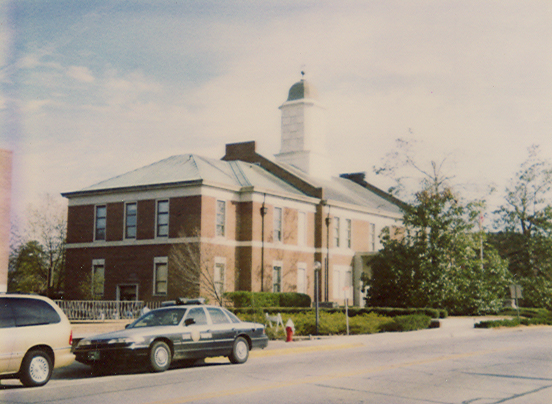 imagesize = 250px
image_caption = The 1904 Onslow County Courthouse on the corner of Old Bridge and Court Streets. 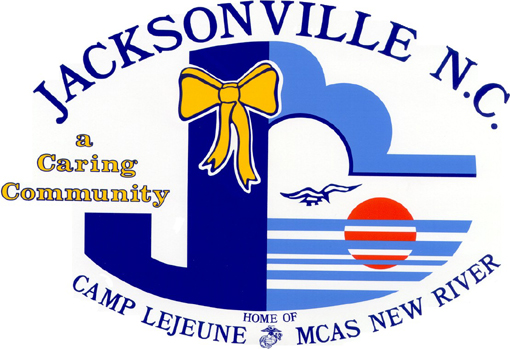 Jacksonville, North Carolina, is a city in Onslow County, , . The 2006 estimated population was 69,688. [ [http://www.city-data.com/city/Jacksonville-North-Carolina.html Jacksonville, North Carolina (NC) Detailed Profile - relocation, real estate, travel, jobs, hospitals, schools, crime, news, sex offenders ] ] It is the principal city of and is included in the . Jacksonville is the youngest city in the United States with an average age of 22.9 years old. The low age can be attributed to the large military presence. [ [http://money.cnn.com/magazines/moneymag/bplive/2006/top25s/youngest.html MONEY Magazine: Best places to live 2006: Top 25 Youngest ] ] .

It is the of Onslow CountyGR|6 and the home of the Camp Lejeune and New River Air Station. Jacksonville is located in North Carolina's region.

There were 17,175 households out of which 49.5% had children under the age of 18 living with them, 63.8% were married couples living together, 12.3% had a female householder with no husband present, and 21.2% were non-families. 16.6% of all households were made up of individuals and 5.1% had someone living alone who was 65 years of age or older. The average household size was 2.83 and the average family size was 3.18.

The early history of Jacksonville starts with the end of the Tuscarora wars in 1713. The pacification of hostile Native American tribes allowed for permanent settlement of the regions between New Bern and Wilmington. The headwaters of the New River became a center of production for naval stores, particularly turpentine. The downtown waterfront park is built on the site of Wantland's Ferry, with bridges being constructed on either side of the original ferry site.

In 1752, a devastating hurricane destroyed the county seat of Johnston, and Wantlands Ferry, located further up the New River at the present site of Jacksonville was chosen as the site of the new county courthouse. The area was later known as Onslow Courthouse. In 1842 the town was incorporated and renamed Jacksonville in honor of former U.S. President .

Jacksonville and Onslow County continued to rely on naval stores, lumber, and tobacco crops for industry. In 1939, Colonel George W. Gillette of the surveyed and mapped the area from to , which included the Onslow County coastline and the New River. The map is believed to have fostered the interest of the War and Navy Departments in establishing an amphibious training base in the area. Congressman of New Bern lobbied Congress to appropriate funds for the purchase of approximately 100,000 acres (400 km²) along the eastern bank of the New River. The establishment in 1941 of Marine Barracks, New River, later renamed Camp Lejeune Marine Corps Base led to the relocation of 700 families. While the landowners were compensated, many of the families displaced were sharecroppers who did not own the land their houses were built on, and did not receive compensation for their structures. Some African American families were able to purchase property from Raymond Kellum and established the community of Kellumtown. Other displaced families established communities in Georgetown, Pickettown, Bell Fork, and Sandy Run. The latter communities have since been absorbed by Jacksonville. Colonel Gillette had planned to retire near the small village of Marines, ironically named after a local family whose surname was Marine, but lost his land to the acquisition as well.Fact|date=February 2008

Construction of Camp Lejeune caused a population explosion in the small town of about 800 inhabitants as new workers migrated to the area. Growth continued to be fueled by both young Marine families and military retirees. Today, Jacksonville's primary industry is retail sales and services.Fact|date=February 2008 The primary migration draw continues to be the .

The current mayor of Jacksonville is Sammy Phillips.