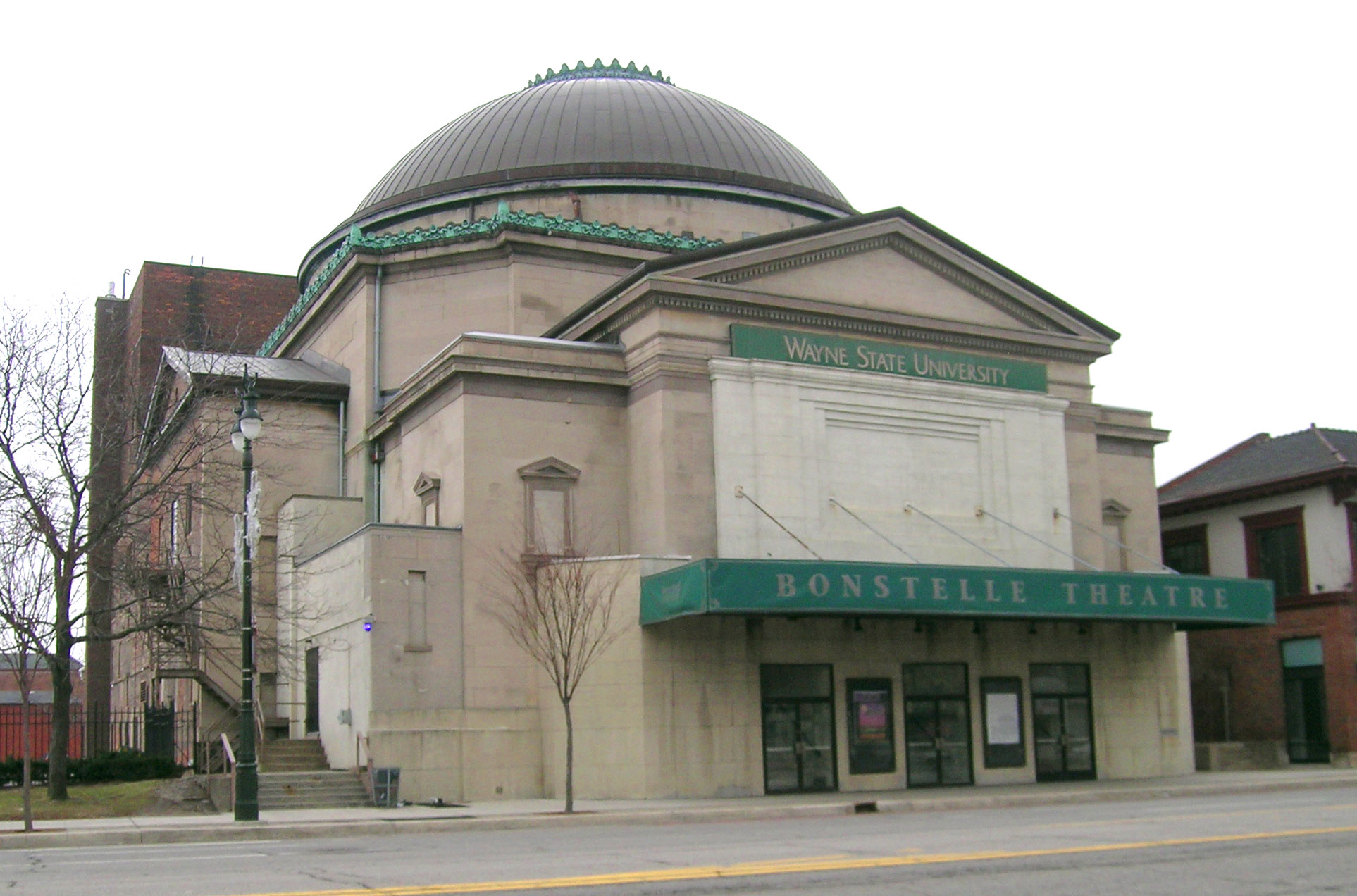 The Bonstelle Theatre is the undergraduate theater used by , and is located at 3424 (the southeast corner of Woodward and Eliot).

When Rabbi first began leading services of Detroit's Temple Beth El in 1899, he felt that the construction of a new temple building on Detroit's "Piety Row" stretch of Woodward would increase the visibility and prestige on Detroit's Jewish community. Accordingly, in October 0f 1900, the congregation held a special meeting at which it was decided to build a new temple.

The temple is a Beaux-Arts structure influenced primarily by Roman and Greek temples. There is a prominent dome over the main area of the temple, with gabled wings on the north and south. A pedimented extension on the front once extended into a porch; the front section of the building was lost when Woodward was widened.

When the Temple Beth El congregation built another building farther north along Woodward in 1922, they sold the building at Woodward and Eliot to Jessie Bonstelle fro $500,000.

*Cite book | author=Sobocinski, Melanie Grunow | title= Detroit and Rome: building on the past | publisher=Regents of the University of Michigan| year=2005 | id=ISBN 0933691092