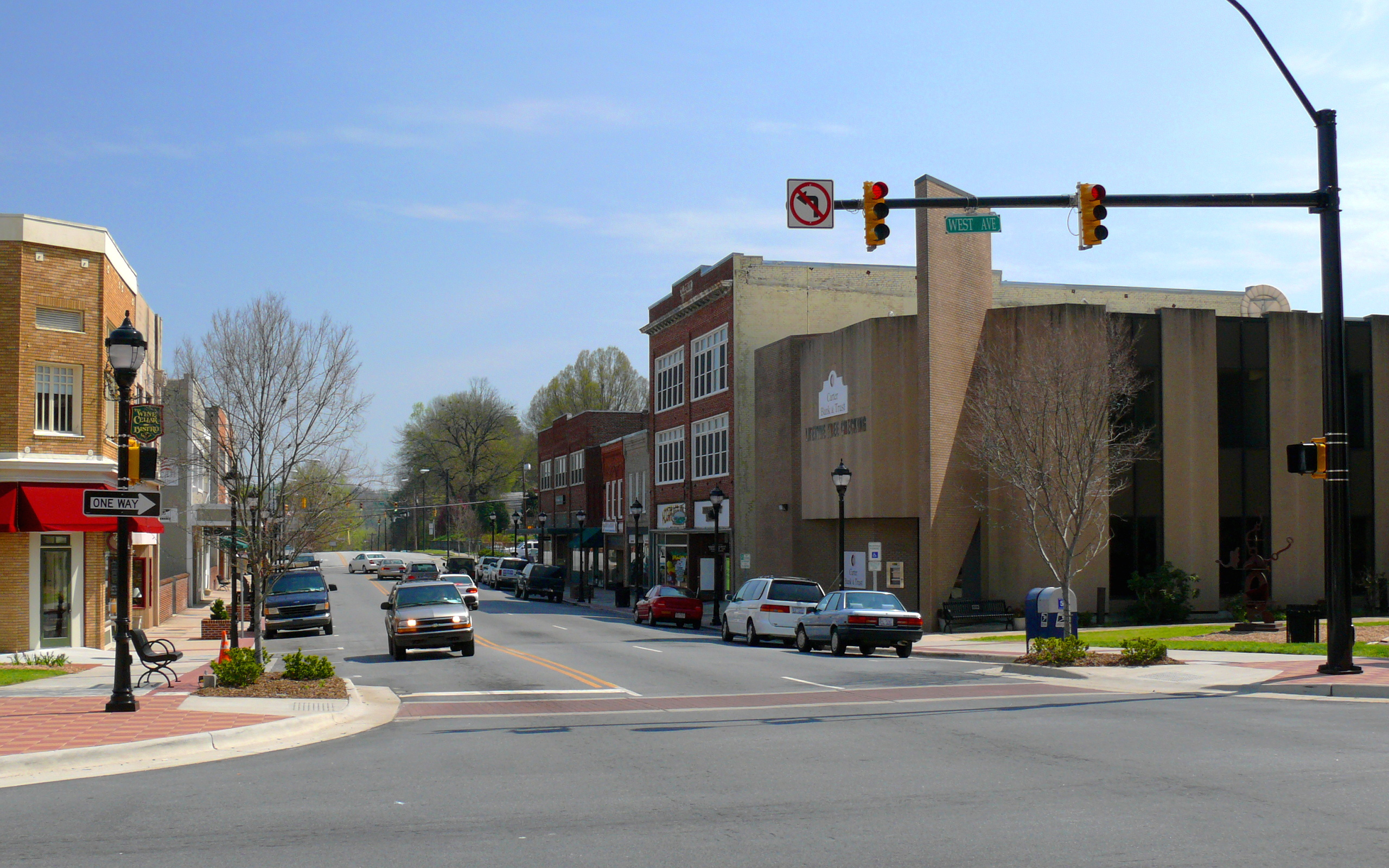 Lenoir is a city in Caldwell County, , . The population was 16,793 at the 2000 census. It is the of Caldwell County.GR|6 Lenoir is located in the Blue Ridge foothills. The city also contains the Brushy Mountains, a spur of the Blue Ridge Mountains. , located within the city limits of Lenoir, marks the western end of the Brushy Mountains range. The city was named for Revolutionary War figure and early North Carolina statesman General William Lenoir, who lived nearby. His restored home is a tourist attraction. [ [http://www.fortdefiancenc.org/index.htm Fort Defiance] ]

Lenoir is one of the principal cities in the Hickory-Lenoir-Morganton, NC Metropolitan Statistical Area.

Lenoir was one of the recipients of the 2008 . [ [http://uspolitics.einnews.com/article.php?nid=487563 All-America City award winners announced] ]

The furniture company, one of the largest furniture companies in the United States and part of , has its headquarters in Lenoir and has historically been one of the town's largest employers. The Bernhardt and Fairfield furniture companies are also located in Lenoir. However, in the 1990's, these companies began outsourcing their work overseas, and they have closed many of Lenoir's furniture factories and laid off workers, causing many local businesses either to close or move to other cities. This has harmed the economy in Lenoir, leaving many households living below the poverty line.

, Inc. has commenced construction of a in Lenoir. There has been a lot of controversy about the nature and amount of economic development incentives the City, Caldwell County and the State of North Carolina gave Google to induce them to build the server farm. The move, it is hoped, will boost the local economy and provide much-needed jobs for the area, which has been harmed by outsourcing of furniture manufacturing jobs overseas. [ [http://www.newsobserver.com/710/story/532914.html News & Observer: Google breaks may top $100M] ]

There were 6,913 households out of which 27.4% had children under the age of 18 living with them, 47.0% were married couples living together, 14.8% had a female householder with no husband present, and 33.9% were non-families. 29.7% of all households were made up of individuals and 13.1% had someone living alone who was 65 years of age or older. The average household size was 2.34 and the average family size was 2.87.