Orient is a census-designated place (CDP) in Suffolk County, New York, United States. The CDP's population was 709 at the 2000 census.[1]

Orient and Orient Point are used almost interchangeably. However Orient Point refers specifically to the physical point at the end of the North Fork of Long Island while Orient is the hamlet in which the point is located.

Orient is the eastern-most town on Long Island's picturesque North Fork. It was originally named Poquatuck, after the name of the local native American tribe that resided along the inland waterways, then Oyster Ponds. Legend has it that when Oyster Bay, New York became famous during the presidency of Teddy Roosevelt, the name was changed to Orient to match the name of its most prominent land feature, Orient Point.

Orient and East Marion were originally called Oysterponds because of the abundance of shellfish in the area. What is now Orient was known as Lower Neck, while East Marion was called Upper Neck. The communities separated in 1836 and the name Orient was chosen to reflect that area's easternmost position on the North Fork. East Marion was named for Revolutionary War Gen. Francis Marion, known as the Swamp Fox. "East" was tacked on to Marion because of an existing Marion upstate.[2] Orient's winter population swells to well over 1000 in the summer months. Other than a post office, a gas station, a country store, and a few seasonal tourist stands, there is no center of commerce, hence its residents depend on nearby Greenport for every-day necessities. Many make a living at the US Government's Department of Agriculture lab on nearby Plum Island, a 5 minute boat ride from Orient Point across Plum Gut, or at businesses further west. Truck farming and commercial fishing industry remain as well. Definitely New England in style and flavor, the hamlet of Orient has homes built over the last three centuries. Locals joke that a "new house" is anything built since World War II.

The hamlet was originally settled by five families given a land grant by the King of England in the 17th century and their surnames, King, Terry, Latham, Tuthill and Vail, still exist in local families. Later, Orient was used as a base of operations by British commanders such as Benedict Arnold and local Tories during the American Revolution to conduct raids on Yankee-held Connecticut. Among Benedict Arnold's headquarters was a local tavern owned and operated by the Vail family on what is now known as "Village Lane". Many of the hamlet's older structures are included in the Orient Historic District, added to the National Register of Historic Places in 1976.[3]

The Cross Sound Ferry currently operates a vehicle/passenger ferry service between Orient Point and New London, Connecticut. This service has expanded in recent years with Sea Jet service being provided to the Foxwoods Casino. This has resulted in some tension with locals over congestion on the local roads. 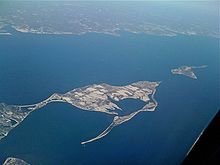 There were 330 households out of which 18.5% had children under the age of 18 living with them, 52.7% were married couples living together, 7.0% had a female householder with no husband present, and 37.6% were non-families. 30.3% of all households were made up of individuals and 19.4% had someone living alone who was 65 years of age or older. The average household size was 2.15 and the average family size was 2.69.