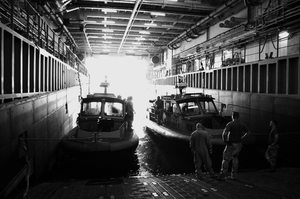 An Inshore Boat Units MESF boats docked onboard another vessel in the Northern Persian Gulf, July 2009