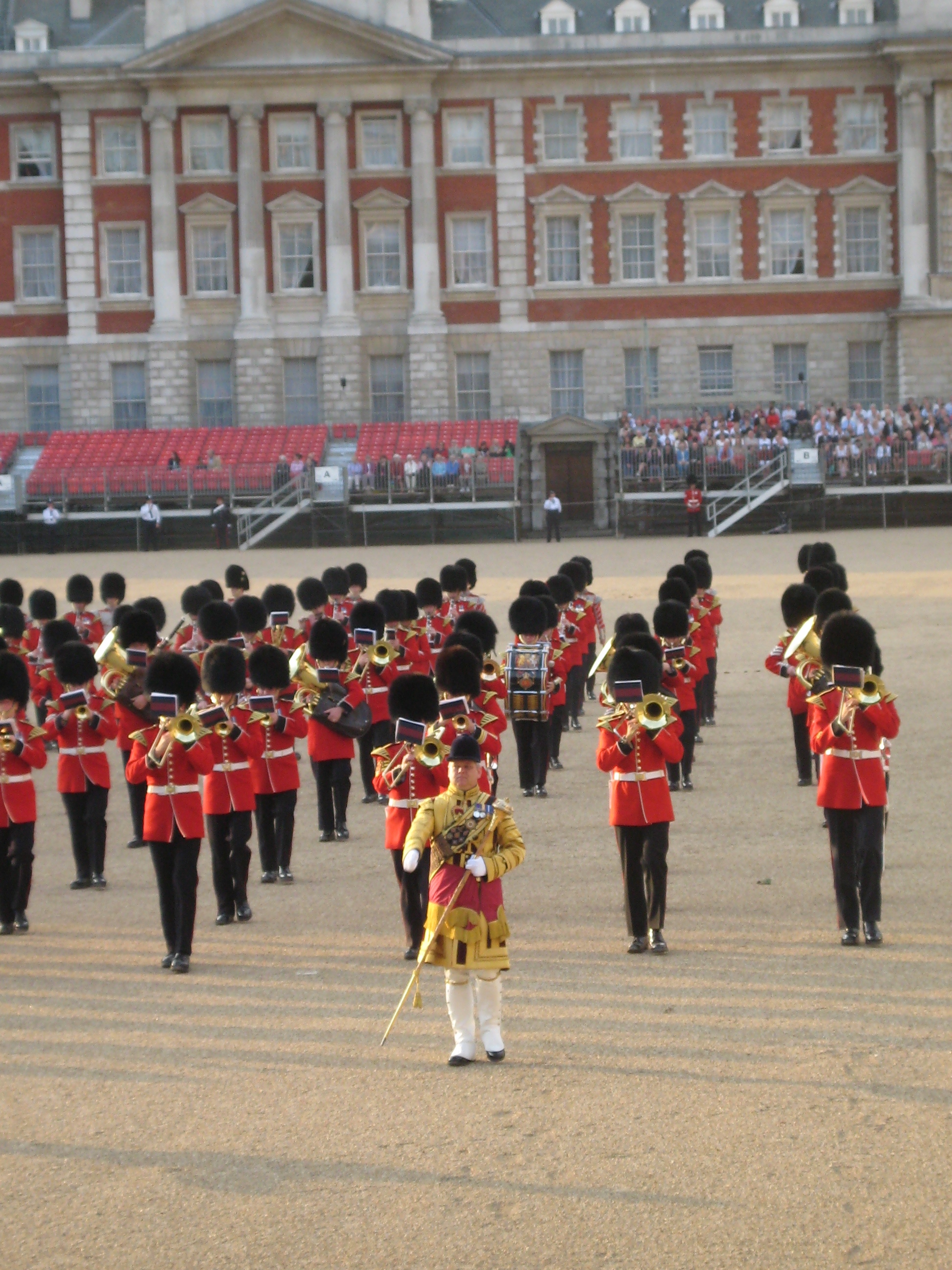 The Band of the is the oldest of all of the bands in the British Army, with a history dating back over three hundred years.

In 1685 Charles II allowed the band to maintain 12 players. His death in 1685 was so significant for the band that until the the Bass Drummer (known officially as The Regimental Timebeater) wore a black armband in mourning of the King's passing.

The size of the ensemble has changed over time, starting off with between twelve and nineteen players, in the 18th Century to a peak in numbers by the end of the 1970s with seventy musicians. Today there are 42 band members.

In 1872, the Band of the Grenadier Guards were the first British uniformed soldiers to enter the since the . They last toured the United States of America in 2003, when they gave performances over a period of three months, at over sixty venues, visiting forty states. The Band often tours overseas and has visited , , , , , , Bosnia, and .

Musicians currently in the band have secondary roles in the British Army as Chemical Assistants, & Drivers.

The band is based at in St James's London.

Other ensembles include:
* s
** These include a range from String Quartet, to Chamber Orchestra
* Dinner Trios and Quartets also number among the band's ensembles.

The band of the Grenadier Guards plays regularly for occasions and events. Some of these events that are most famous are listed below, although this is not a comprehensive list.

The band also performs at other non-military events such as Henley Regatta, Royal Ascot, the and international rugby matches and opened the in Manchester.